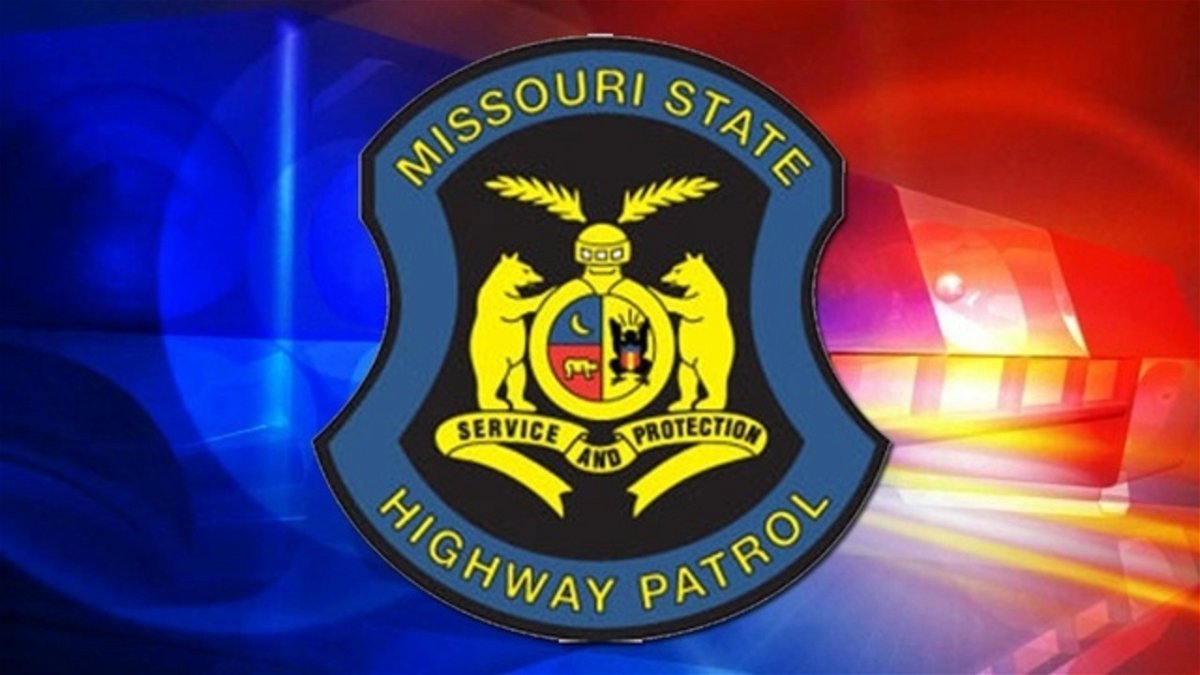 Watch live coverage in the player above.

Since midnight Feb. 23, the Missouri State Highway Patrol has handled 1,065 calls for service, 396 stranded motorists and 405 crashes – 52 injured and 0 dead.

State Troopers are investigating a fatal crash involving a vehicle on northbound US 63 south of Ashland, Boone County.

It was on US 54 in County Audrain.

“We suspended services to Jefferson City on Thursday, February 24 due to severe weather and hazardous road conditions. At this time, we plan to complete recycling routes on Thursday, as well as service garbage and garbage routes. Friday recycling,” the city said. said in a Facebook post, citing trash and recycling collection provider Republic Services.

Containers must be curbside by 5 a.m.

A 27-year-old Moniteau County deputy from Jefferson City was injured in a crash before dawn Thursday on Highway 50 near California, Missouri.

Deputy Edgar Gutierrez was driving his Dodge Durango patrol vehicle when a Ford F-150 driven by Davey McKay, 42, of Tipton slid over the center line and hit Gutierrez head-on, according to a report from Missouri State Highway Patrol accident. Roads around the area were slippery Thursday morning due to snow, sleet and freezing rain.

Moniteau County Sheriff Tony Wheatley earlier said the deputy suffered two broken bones, including a femur, and had to be pulled from the vehicle. McKay also suffered serious injuries and was taken to a hospital in Jefferson City.

the Missouri State Highway Patrol F Troop has been called out for six personal injury crashes on state highways since midnight. Soldiers were dispatched to 92 calls, including 33 stranded drivers and 31 crashes with no injuries.

The Missouri State Highway Patrol said two people suffered minor injuries, including a 3-year-old child from Jefferson City, and another had moderate injuries after the crash just before 7:30 a.m. on Highway M near Landry Lane. All three were taken by ambulance to hospitals in Jefferson City.

The accident happened when a Dodge Ram slid while slowing down, crossing the center line and colliding head-on with a minivan.

The Missouri State Highway Patrol is working on an accident on Interstate 70 westbound in Montgomery County.

Troopers posted on Twitter around 11:20 a.m. about the single-vehicle rollover accident at the 166-mile marker. The gendarmes said no one was injured.

State Troopers are at the scene of a non-injury vehicle rollover accident on I-70 westbound at the 166 mile marker.

Highway Patrol warned drivers that traffic was slowing in the crash area.

The crash happened around 5:30 a.m. on Highway 50 west of the California county seat, Wheatley said. A truck traveling east lost control and struck the deputy’s patrol car. The truck driver was taken by ambulance to a Jefferson City hospital and the deputy was taken to University Hospital.

Wheatley said the deputy had at least two broken bones, including his femur. The crews had to kick him out of the vehicle. Highway Patrol is investigating the accident.

Watch a 10-hour live update from ABC 17 News in the player below.

Moderate to heavy sleet began to fall in parts of central Missouri, including Columbia.

Sleet covered Interstate 70 through the city, which still carried moderate traffic. See the sleet video in the player below or at this link.

The Moniteau County Sheriff’s Deputy was injured in a frontal impact on Thursdayaccording to the Missouri Department of Public Safety.

The department posted on Twitter that the deputy was taken to hospital after a frontal accident in California, the county seat of Moniteau. It is not known how badly the deputy was injured. ABC 17 News has contacted the sheriff’s office for more details.

EDITOR’S NOTE: This item has been corrected to indicate that a public works vehicle was involved in an accident instead of a snowplow truck.

A Missouri State Highway Patrol cruiser was involved in an accident on Interstate 70 in Montgomery County Thursday morning.

The patrol tweeted around 8:30 a.m.. that an accident involving a patrol cruiser blocked the eastbound lanes at Mile 183 in Callaway County. The soldier was pulled over to help another driver when the car was hit and the soldier was not injured.

The Missouri Department of Transportation’s traveler information map showed the area’s highways partially covered in ice. Another wave of sleet and snow was expected to begin mid-morning.

Troop F soldiers in central Missouri had received 50 calls around 9 a.m., including 17 stranded drivers, 18 crashes with no injuries, and four crashes with injuries.

A Boone County Public Works vehicle was involved in an accident on Blue Ridge Road and Range Line Street, the Columbia Fire Department said. No one was hurt.

A Columbia city bus was involved in an accident with an SUV on Thursday morning.

The SUV crashed into the back of the bus on Hanover Boulevard around 6:25 a.m., according to a Columbia spokesperson. The bus was reportedly stopped at the time of the accident. ABC 17 News learns that both vehicles sustained heavy damage.

The spokesman said an ambulance took the two drivers to hospital. Conditions for drivers were not immediately available.

There were no passengers on the bus at the time of the accident.

At least two crashes were reported in Colombia around 6:40 a.m., according to joint communications. The number of vehicles involved or whether there were any injuries was not immediately available.

BCJC: The roads are getting extremely slippery from the freezing drizzle. Be extremely careful.

The City of Jefferson Public Works Department told ABC 17 News that 24 plow operators reported for work at 4 a.m. Crews plan to tackle the roads around the city throughout the day.

Lincoln University in Jefferson City will close Thursday due to winter weather.

The Missouri Department of Transportation continues to report poor road conditions in the area. Drivers are warned of snow and ice conditions on Highway 54 between Jefferson City and Lake of the Ozarks.

Winter weather is also impacting other highways around the Lake of the Ozarks region, according to MoDOT’s traveler information map.

Here’s what the precipitation looks like in Camden County right now. Saw some light snow, as well as an icy mix as we rode…causing impacts throughout the area. We’re currently going back to Jefferson City, listen @ABC17News for the final impacts. pic.twitter.com/ZAqjFqh2RS

Several school districts in Mid-Missouri have canceled classes for Thursday.

According to the MoDOT Traveler Information Map website, parts of Highway 54 between Jefferson City and Lake of the Ozarks are covered in snow and ice. The department is asking drivers to watch out for slippery road conditions throughout Thursday.

Starting to see dust on Hwy 54 this morning as we are en route to the lake. We have already seen several plows pre-treat these roads as the winter weather is expected to set in. We’ll be live all morning on @ABC17News giving updates on road conditions, stay tuned! pic.twitter.com/QHrTMvCJHk

Photos from Highway 54 near Eldon:

The ABC 17 Stormtrack weather crew is tracking another wave of sleet and snow along and south of Highway 54 later this morning. Other parts of Mid-Missouri may see snow in the afternoon.

Be sure to download the ABC 17 Stormtrack weather app on your phone or other devices to get the latest forecast.

Move up and slow down, the law in all states; Highway patrol vehicles rammed a highway