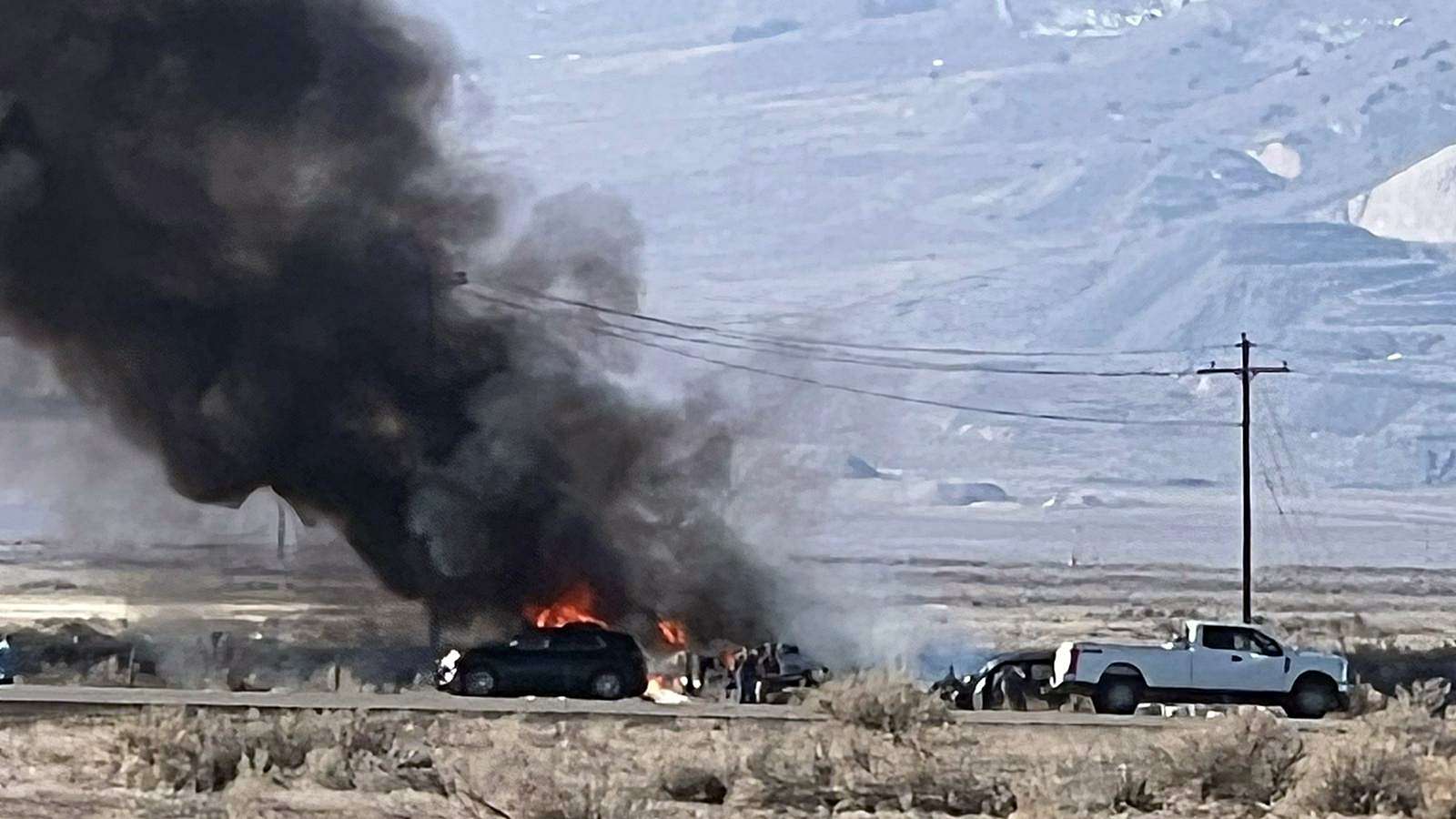 GRANTSVILLE, Tooele County – Video of a nasty crash on Interstate 80 near here shows the drama of the encounter involving two semi-trucks, a soldier’s SUV and a passenger car.

Injuries were somewhat minor in the tangle that left one of the semis on fire.

The Utah Highway Patrol released video Wednesday of the March 2 adventure as told via dashcam video and Private Sterling Saiz’s body camera.
The first element of the video shows the view from inside the soldier’s vehicle as he rears and slams into the back of a tractor-trailer.

The second video element shows the unfolding of the accident from the perspective of the soldier’s body camera.

The tractor-trailer was changing lanes as it approached the scene of the traffic stop, hitting a passenger car.

“The second semi continued and turned counter-clockwise and rolled, closing all westbound lanes of I-80. After the truck rolled, it was completely engulfed in fire.

A load of eggs was strewn across the road.

Surprisingly, only minor injuries were sustained, to the driver of the second tractor-trailer and to the occupants of the passenger car.