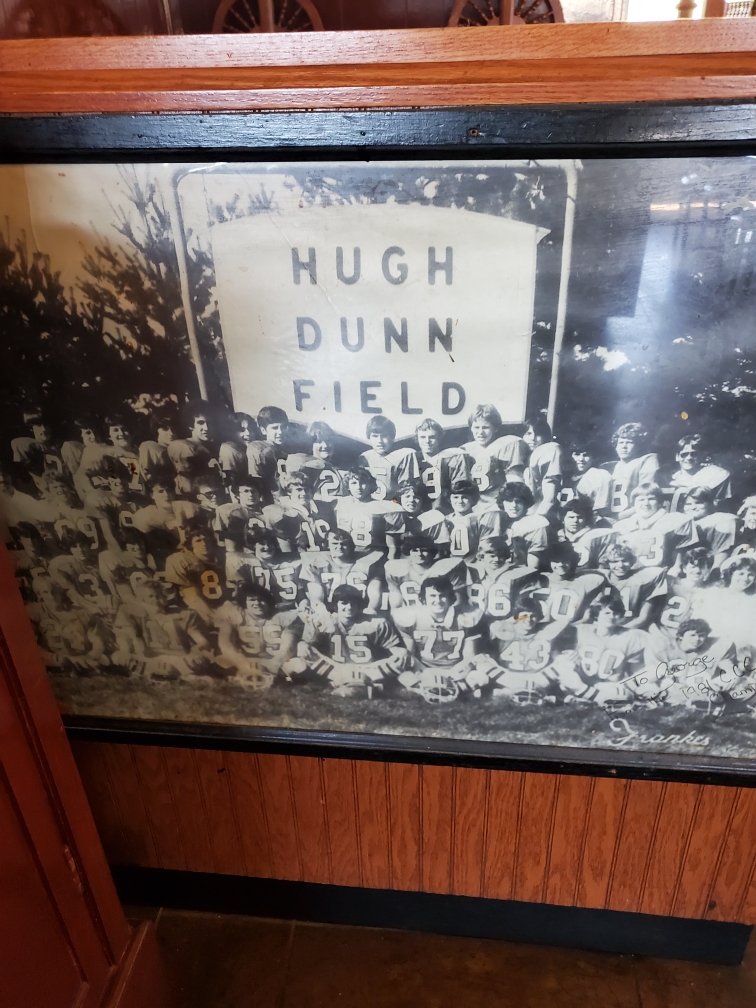 Road signs will be unveiled Thursday night in Macon, northern Missouri, honoring a decorated World War II veteran who was also inducted into the Missouri Sports Hall of Fame and the Missouri Coaches Hall of Fame.

Missouri’s governor signed legislation last year to rename a section of busy Highway 63 near Macon High School to the US Army Sergeant Hugh Dunn’s Highway. State Rep. Chuck Basye (R-Rocheport), the sponsor of the bill, notes that Mr. Dunn earned two Purple Hearts and a Silver Star. Mr. Dunn lost his left hand and part of his arm in battle in Germany.

“As he went through this life, he became a fixture in Macon. He was the high school football coach for many, many years and highly respected. He already has several things named after him. there in Macon, including the football field,” Basye says.

Hugh Dunn won 234 football games at Macon High School. His record was 234-148-15. He and his teams have won six league titles and made four playoff appearances.

Private donations pay for the road signs, and Basye credits Cape Girardeau-based Heroes Way for stepping up their efforts.

“They paid for these panels and are just a wonderful organization that was started by a combat vet who lost a good friend of his in combat in Iraq. And they’re based in Cape Girardeau (in southeast Missouri), and they pay a lot of stuff like that,” Basye says.

Tonight’s dedication begins at 7:30 p.m. at Macon High School. Many veterans and former high school football coaches and players from across the state are expected. American flags will be provided and the colors will be displayed tonight. Water will not be provided, so you should plan to bring your own water to the event.

Kirksville resident Jan Watts, who is organizing tonight’s event, says Mr Dunn has inspired many young athletes to play hard and never give up.

“He was a very humble, kind man and a true American hero,” Watts says.