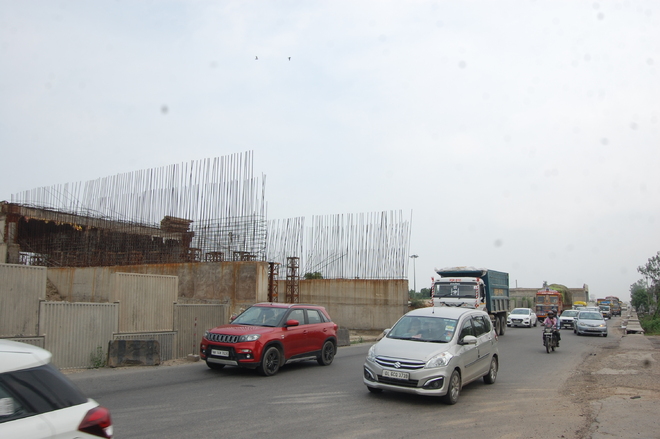 The widening of the National-Highway-44 blocked for seven months in Panipat: La Tribune India

Widening of National-Highway-44 from Singhu to Rai border, a 10 km stretch of a total of 70.5 km road from Mukarba Chowk to Delhi to Panipat, was halted during the seven last months due to the protest of farmers.

The central government had inaugurated the project, worth Rs 2,128.72 crore, to widen 12 lanes of the NH-44 and the work was awarded to Essel Infra Projects Limited in 2015 during the first government regime led by the BJP.

However, the company had failed to complete the project.

After a period of a year and a half, NHAI canceled Essel Infra Projects’ tender and reassigned the work to a new company, Well Spun, last year. The NHAI had set a goal of completing the work by September 2021.

Meanwhile, protesting farmers pitched tents and parked carts on both sides of the NH-44 on November 26 last year, forcing the company to halt work on the section.

Anand Dahiya, technical director of NHAI, said no work has been done on the 10 km stretch, which is about 14% of the total project’s work, in the past seven months due to the protest.

Work is in full swing from Rai to Panipat except on a 10 km stretch occupied by farmers, he said.