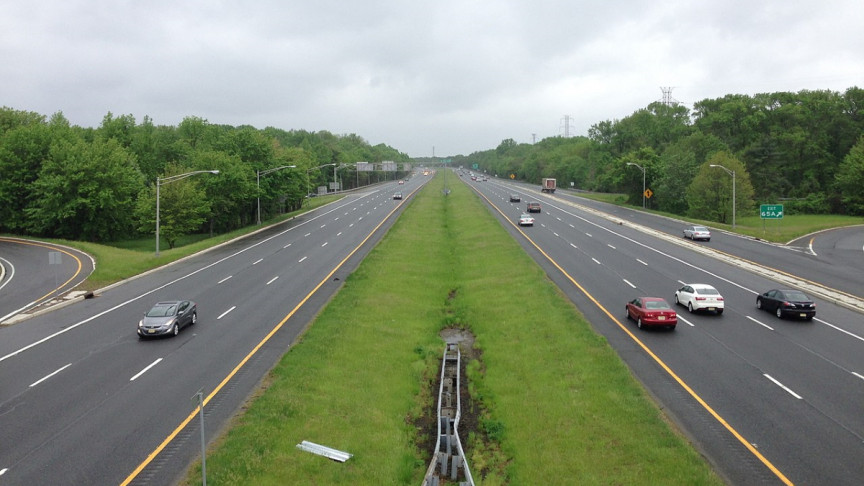 The complex history of the American highway system

During World War II, when Eisenhower was Supreme Allied Commander in Europe, he got a good overview of the German Reichsautobahn system, which was a first implementation of Germany’s modern highway system. Eisenhower correctly deduced that a national highway system was a necessary part of national defense.

After becoming President of the United States in January 1953, Eisenhower appointed General Lucius D. Clay to investigate an interstate highway system. Clay said: “It was obvious we needed better highways. We needed it for security, to accommodate more cars. We needed it for defense, should it ever be necessary. And we needed it for the economy. measure of public works, but for future growth.

With the passage of the Federal Aid Highway Act of 1956, the construction of the Dwight D. Eisenhower National Interstate Highway and Defense System, commonly called the Interstate road network. Each interstate highway was to be a controlled access highway with at least four lanes and no level crossings. Controlled access highways have access and exit ramps and are designed for high-speed traffic.

A map was created called the General Location of National System of Interstate Highways Map, which describes what became of the Interstate freeway system.

Milestones of the interstate road network

Missouri was the first state to exit the bloc when it Aug 13, 1956, work began in St. Charles County on US-40, now called I-70. At September 26, 1956, Kansas launched its part of I-70. Additional milestones include:
* October 17, 1974 – Nebraska becomes the first state to complete all of its highways when the last part of I-80 is consecrated
* October 12, 1979 – The I-5 is dedicated near Stockton, California, connecting Canada to Mexico, and making the first contiguous highway connecting the countries of North America
* August 22, 1986 – the last section of I-80 is completed in Salt Lake City, Utah, making it the first coast-to-coast highway from San Francisco, California, to Teaneck, New Jersey; it is the first contiguous highway in the world to span the Atlantic and Pacific Oceans
* August 10, 1990 – Final section of I-10, coast to coast, completed in Phoenix, Arizona, connecting Santa Monica, Calif., to Jacksonville, Florida
* September 12, 1991 – final section of I-90 north coast to coast completed near Wallace, Idaho, connecting Seattle, Washington to Boston, Massachusetts
* October 14, 1992 – the Interstate Highway System is considered completed with the completion of I-70 through Glenwood Canyon in Colorado; it is considered an engineering marvel with a 12 miles (19 km) scope containing 40 bridges and many tunnels.

Flies in the ointment

Up to 2018, there were actually two discontinuities in the Interstate Highway System: I-95 in New Jersey and I-70 in Pennsylvania. At September 22, 2018, the Pennsylvania Turnpike / Interstate 95 Interchange Project which filled the void of I-95 has been completed. The gap in I-70 is more complicated.

Travelers going both east and west on I-70 near Breezewood, Pa., Should exit the freeway and descend a stretch of US-30 that offers a number of roadside services. road. These merchants opposed the completion of I-70, fearing a loss of business.

In 1966, the Interstate Highway System has been designated as part of the Pan American Highway System, connecting Canada, the United States, and Mexico. Spurred on by the North American Free Trade Agreement (NAFTA), I-69 plans to link Tamaulipas, Mexico, Ontario, Canada. I-11, which will bridge the gap between the states between Phoenix, Arizona and Las Vegas, Nevada, will then be part of the CANAMEX corridor connecting Sonora, Mexico and Alberta, Canada.

The Interstate Highway System uses a numbering system in which major roads have one or two digit numbers, and shorter roads have three digit numbers, with the last two digits corresponding to the parent route. For example, I-294 is a loop where both ends connect to I-94, and I-787 is a small spur that connects to I-87.

Main arteries that extend over long distances are assigned numbers that can be divided by five. East-West highways are even, while North-South highways are odd.

West-east arteries include I-10, which runs between Santa Monica, California, and Jacksonville, Florida, and I-90, which connects Seattle, Washington, and Boston, Massachusetts. There is no “I-50” and “I-60” as other US highways currently use these numbers.

The Interstate Highway System extends to Alaska, Hawaii, and Puerto Rico. In Hawaii, the freeways are all located on the island of Oahu, and they all have the prefix “H”. For example, there are H-1, H-2, H-3 and H-201. In addition to connecting cities like Honolulu, these highways also connect several military and naval bases.

The Alaska and Puerto Rico highways are numbered sequentially in the order of their funding and are prefixed “A” and “PR” respectively.

For three-digit highways that have an even first number and form a complete circular bypass around a city, their mile markers are numbered clockwise, starting just west of the highway that intersects the circle. For example, a mileage marker 1 of I-465, a road around Indianapolis, is just west of its junction with I-65.

Freeway exit numbers are either sequential or distance-based, so the exit number is the same as the nearest mile marker. For locations with multiple exits in the same mile, letter suffixes are assigned to them.

Commercial loops or spurs are routes that cross a highway and pass through a city’s central business district. A city can have more than one commercial loop. Commercial Loop Signs are green shields that differ from the red and blue shields of the Interstate Highway System.

Currently, speed limits are set by individual states, but between 1974 To 1986, the maximum speed limit on any highway in the United States was 55 miles per hour (90 km / h), which was the law at the time. Today, speed limits are lower in the northeastern and coastal states, and higher in the interior states west of the Mississippi River.

The impact of the Interstate Highway System on the United States has been enormous. This caused a sharp decline in rail transport and passenger traffic, while at the same time the trucking industry grew. This resulted in lower costs of shipping the goods.

The Interstate Highway System is responsible for the explosive growth of suburbs during the late 1950s and 1960s. The new roads connected suburban homes with jobs located in cities.

The IHS is also responsible for the “road trip”, where entire families have piled into the car and hit the road. This, in turn, led to the creation of tourist attractions, gas stations, motels and restaurants.

The Interstate Highway System opened up the Sun Belt of the United States to vacationers and new residents. It also led to the creation of companies based in the South, such as Walmart and FedEx.