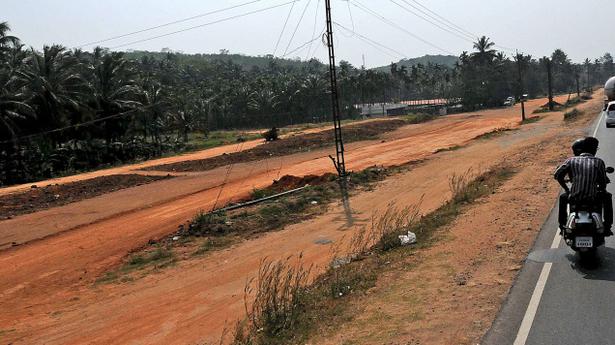 Commuting between Palakkad and Thrissur on national road 47 has turned into a painful experience with the abrupt halt of widening works on the Vadakkancherry and Mannuthi section over the past week.

Blocking the six-lane roadworks midway made traffic extremely miserable. Although the private company that undertook the work on a Build, Operate and Transfer (BOT) basis has not yet cited any reason for the sudden cessation of work, the workers involved in the project have alleged that the financial constraints of the company had caused the current situation. .

The workers said they had not yet received their payments in the past two months. Vehicles hired for the project in surrounding areas were also to be paid. According to company sources, work would only resume after obtaining the loans that the company had requested from various nationalized banks.

With the refusal of the National Highway Authority of India (NHAI) to renew the existing agreement with the company, citing an excessive delay in the works, the problem is complicated. Work, which has been on hold since 2012, only resumed in October last year, offering greater hopes for regular commuters.

The company has reportedly already spent 140 crore rupees on the widening works.

“The road is already riddled with potholes and ditches. With the stopping of the widening work halfway, travel becomes extremely difficult, ”said N. Vasudevan, a businessman from Palakkad who travels regularly on the section. Previously, the company cited obstacles to land acquisition as the reason for the delay. “The company was unable to expand the NH section to a six-lane motorway, despite resolving issues including land acquisition. In addition, the agency also did not carry out routine maintenance work on the existing road, ”alleges V. Sukumaran, a local resident. The company won the contract to widen the 28 kilometer stretch between Mannuthi and Vadakkanchery on a BOT basis in February 2010.

The science of road signs

California floodwaters washed away an elevated stretch of interstate highway