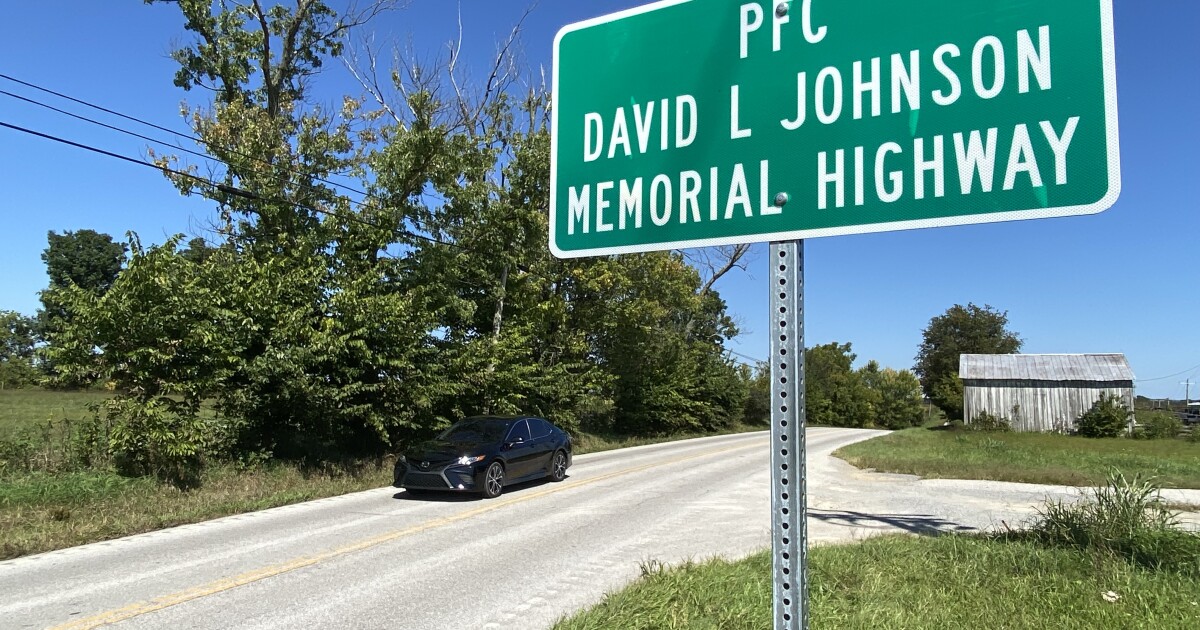 The Johnson family, with the help of the American Legion, the VFW and the Kentucky Transportation Cabinet, held a highway dedication ceremony Saturday, September 17 at the Fleming County Courthouse to honor the soldier who gave his life for his country while serving in Vietnam. .

Thanks to a bill sponsored by State Rep. William Lawrence that was passed by the Kentucky Legislature and signed into law by Governor Andy Beshear, the state road from Penny Patch Lane to the Lewis County line will forever stand named in honor of Johnson.

Johnson, born December 23, 1946, began his tour of duty with the U.S. Army’s 9th Infantry Division, 2nd Battalion, 39th Infantry, Company A in October 1968. On January 6, 1969, Johnson and nine other men of Company A were killed in intense combat with the enemy in Kien Phong Province, South Vietnam.

On Saturday, his wife Connie Johnson and her family gathered with local veterans, state lawmakers, officials and friends to honor his service and sacrifice. Ceremonies included the presentation of the colors by American Legion Post 5 from Flemingsburg and American Legion Post 126 from Morehead, as well as other military honors hosted by Legion members and VFW Post 1834. Veterans attended also presented an enclosed American flag to Ms. Johnson. Executive Judge Larry Foxworthy, Rep. Lawrence and family members shared remarks and other memories. The event ended with the unveiling of the commemorative road signs.

On Monday, the Kentucky Department of Highways District 9 traffic crew placed the memorial signs — one sign in each direction on KY 57 before reaching his home community of Mount Carmel — for all who pass by to remember and honor PFC Johnson in the coming decades. The agency will maintain the signs in perpetuity.