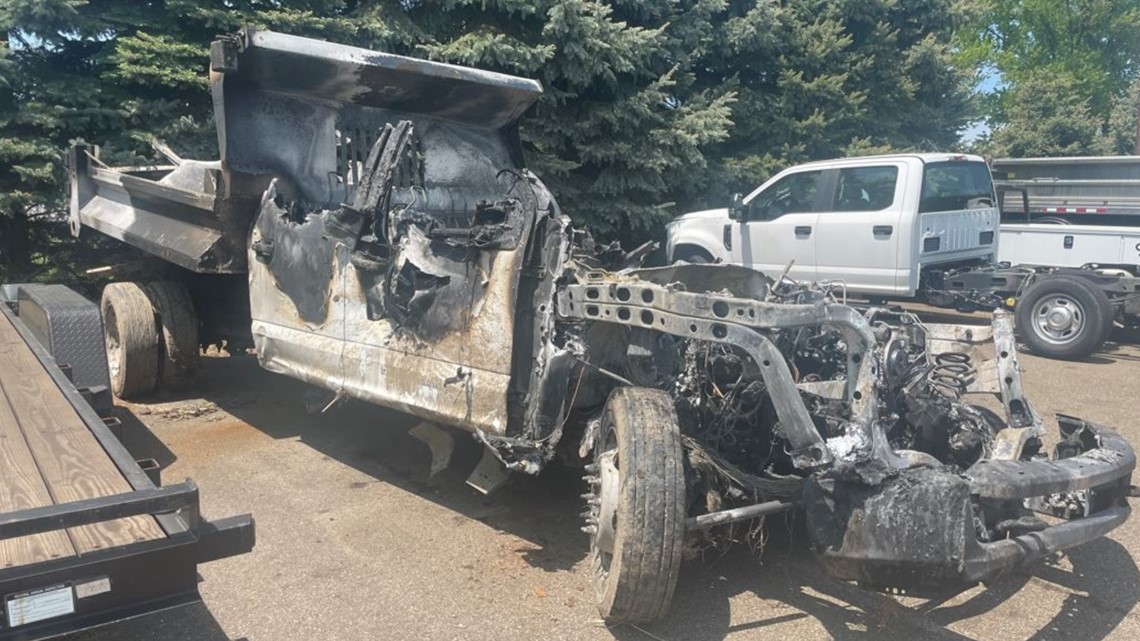 Since January 2022, 83 ODOT employees, vehicles and equipment have been hit.

CLEVELAND— EDITOR’S NOTE: The video above is taken from a previous story that aired on 3News on April 21, 2022, after an ODOT employee was hit while fixing potholes.

RELATED: ODOT Employee Struck While Working Along I-480 East in Brooklyn

The Move Over Act, which exists in all 50 states, was created to help protect the lives of people working on the roads.

Drivers are required by law to change lanes when there is a vehicle with flashing or rotating lights on the side of the road. If drivers cannot move, they should slow down and pass with caution.

“The people who work on and along our roads every day perform a valuable service for all of us. The only thing they ask drivers is to pay attention, move and slow down for them. Their safety is in your hands,” Governor Mike DeWine said.

Since January 2022, 83 Ohio Department of Transportation (ODOT) employees, vehicles and equipment have been struck.

One of those 83 incidents occurred recently in Summit County when a dump truck veered off Interstate 77 and struck an ODOT vehicle with an employee. The employee and the vehicle caught fire, causing serious injuries.

“The men and women who work on our roads would love to make them family and friends at the end of the day,” said Gery Noirot, deputy director of ODOT District 4. “With the increase in the number of workers, vehicles and pieces of equipment that have been hit so far this year, we desperately need motorists to move, slow down and pay attention to every flashing light, every time. It may just save a life.

Between the two locations and six hours of work, 18 drivers were cited for violating Ohio’s Move Over law.

“By moving, motorists can do their part to help protect the lives of everyone who works or uses our roads,” said Warren District Commander Lt. Alan Ogden. “Moving is not just the law; That’s what you should do.”

The partnership between OSHP and ODOT should continue to raise awareness of this law.

More information about Ohio’s work zones can be found at http://www.workzonedashboard.ohio.gov/.