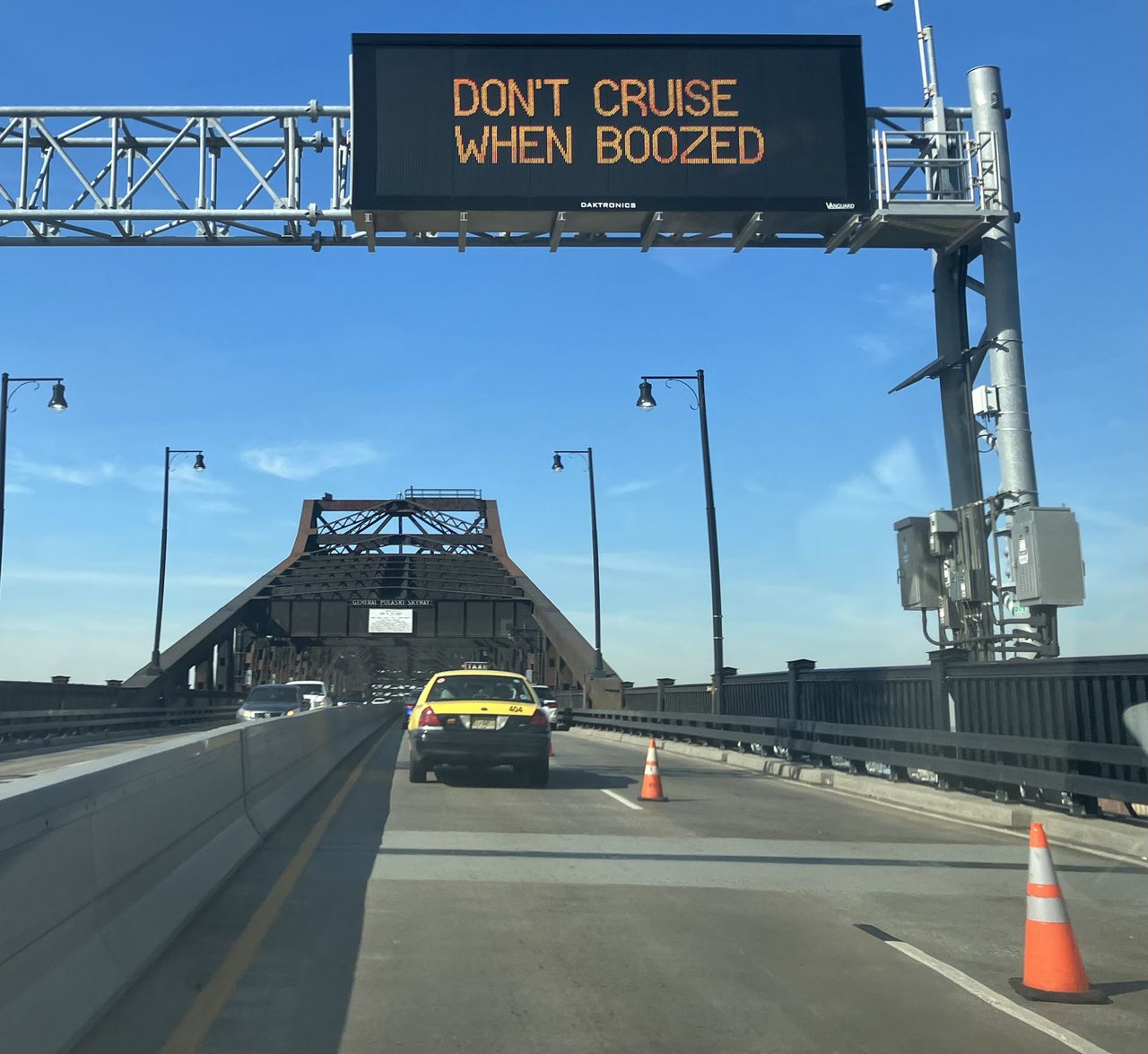 I am a former federal employee. I worked in Washington, DC for 16 years. I’ve also traveled 1.6 million miles, including driving 9/11 Commission members when they were in New Jersey.

I recently saw these funny messages that the State Department of Transportation put on their LED road signs. They were spiritual enough, but not strong enough. New Jersey drivers are arrogant and dumb! And, they don’t care about anything, even their own lives.

So, despite the controversy over the posts, they should be a bit more forceful. I suggest the DOT try these:

1. You’ll be dead soon so put things in order

2. NASCAR is down south… not here!

10. Can you stop looking at your phone and pay attention?

13. License suspended… Come to court near you!

14. Do you remember what physics is?

15. Be careful before you crash.

Don’t give in to the feds on message boards

I read with some astonishment the article about how highway humorous traffic signs are halted because someone from the Federal Highway Administration “reached out” to the New Jersey Department of Transportation .

The NJDOT suspended the posts due to cloudy language limiting the type of content that can appear on the signs under federal regulations.

We older North Jersey drivers remember well how former Governor Christie Whitman had disastrous High Occupancy Vehicle (HOV) lanes removed from Interstate Route 287. She called on the federal government to bluffing when their financing threats came. What a surprise: the HOV lanes never came back and funding was not affected.

To current Governor Phil Murphy: Please show some stones, support our state DOT and ask them to continue with the smart safety signs.

Any action to draw drivers’ attention to the dangers we all face on the road network today is worth doing.

New prosecutor gets a makeover with GOP’s Mueller

Regarding “Unpacking the Midterms, the GOP Agenda and Trump’s Next Act,” the latest “Friendly Fire” feature:

Remember when Republicans, the self-proclaimed party of family values ​​and guardians of veterans’ rights, demonized Robert Mueller, the special adviser appointed in 2017 to probe Russian influence in the 2016 presidential election?

As a practicing Christian, husband and father, this decorated Vietnam War veteran was reviled, with then-President Donald Trump leading the charge. Despite an unblemished resume, Mueller was portrayed as biased and corrupt, and part of a Deep State “witch hunt” to undermine Trump’s presidency, which was not true.

Now that another attorney general, Merrick Garland, has appointed another special counsel, Jack Smith — a prominent Justice Department prosecutor — to oversee criminal investigations into the former president, Republicans are wasting no time. With a new propaganda offensive and Trump back in charge, a disinformation campaign has already made its way into the right-wing media.

Though masterful at embezzlement and deception, Trump’s influence may be on the wane, because if the 2022 election has taught us anything, it’s that Americans value democracy, and no one is as cunning. either way, won’t change that.

Paul Mulshine’s recent column, “Gov. Murphy’s argument for bringing back bear hunting has the ring of truth,” ends with these words: “Bears are cute when they’re in the woods. They’re not so cute when they’re on our doorstep.

True, but bear hunting will not solve this problem. Our modern-day Daniel Boones doesn’t want to shoot a bear with its head stuck in a garbage can. Where’s the fun in that? No, they want to crawl into the deep woods and hunt bears they find there, bears that don’t bother anyone.

State-sanctioned hunting, as currently designed, will do little to eliminate “problem bears.”

At grandma’s we go, with better transit

For many, the word “Thanksgiving” conjures up noisy meals with family and friends. For others, it’s transportation: what pitfalls will we have to navigate to get to the table? And for many others, the first idea is gratitude; walk around the table wondering what they are grateful for.

This year, I’m grateful for the transportation improvements. The groundbreaking ceremony for the new Terminal A at Newark Liberty International Airport by the Port Authority of New York and New Jersey took place last week. When it opens to passengers on December 8, it will bring the glamor of air travel back to the Garden State. This is large-scale progress.

I am also grateful for measures that channel federal funding toward clean, renewable energy solutions. NJ Transit’s recent announcement that it will use federal funding to advance seven sustainability programs, from bus electrification to solar-powered bus shelters, has me looking forward to cleaner, more reliable transportation to future Thanksgiving tables.

The justice system tries hard to justify this

Regarding the recent article “Man who shot dead high school student at sports complex gets 15 years of controversial contract”:

So a 21-year-old Newark man (Yohan Hernandez) who killed an 18-year-old student (Mosafa Fofana) and injured another teenager in Maplewood last year is sentenced to 15 years after pleading guilty to manslaughter. guilty and other charges. But, Hernandez will likely serve around 12 years, much to the chagrin of the victim’s family.

The judge thought it was a fair sentence.

An article in the next day’s newspaper: CEO convicted of fraud (Elizabeth Holmes of Theranos) gets 11 years.

Our journalism needs your support. Please subscribe today to NJ.com.