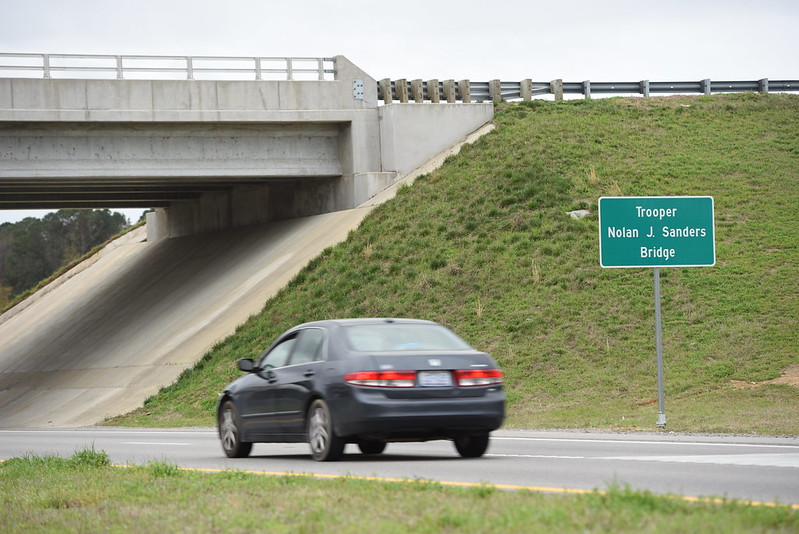 MOUNT OLIVE, NC (WNCN) – The North Carolina Department of Transportation has dedicated a bridge in Wayne County to a deceased highway patrolman.

Private Nolan J. Sanders died in March 2020 after leaving a highway and crashing in Wayne County.

NORTH CAROLINA: Keep up to date with everything happening in your state.

Authorities say the 28-year-old was driving northbound on Interstate 795 near Pikeville when he veered off the road. He was on duty, but not actively responding to a call.

Sanders left behind a wife and a young child. He had been with the North Carolina State Highway Patrol for five years.

The NCDOT dedicated the O’Berry Road Bridge to Sanders where they also put up signs. It is located on US 117 in Mount Olive.

“When you see Cavalier Sanders’ face, you can just see the kindness there, the heart of who he is just by looking at him,” said Sgt. The North Carolina State Highway Patrol‘s Chris Knox said when speaking with CBS 17 after Sanders’ death. “He’s a soldier you would want in your community.”