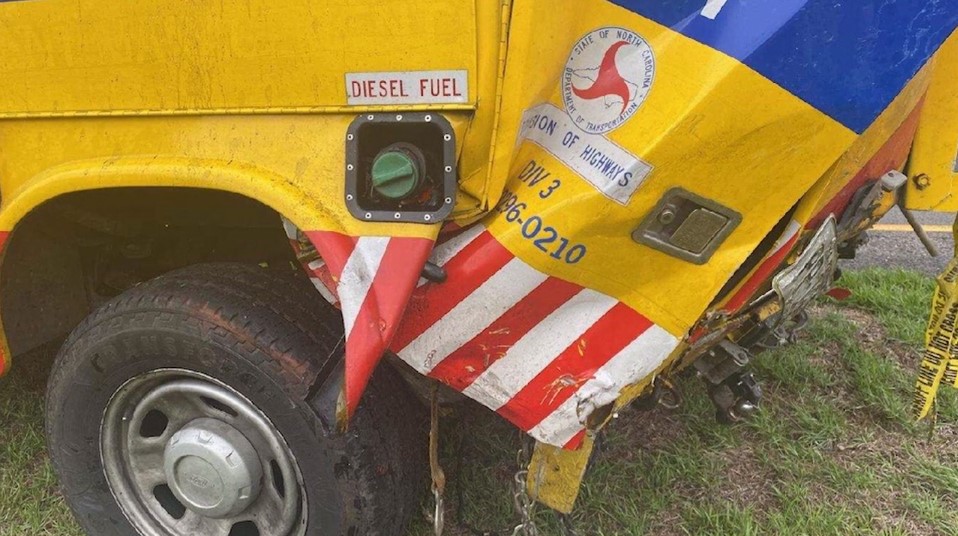 The Move Over law requires drivers to change lanes when passing a stopped emergency vehicle with flashing lights. But drivers don’t always obey the law, and that can lead to life-changing situations.

You need to move, if you can’t move due to traffic conditions, you need to drastically reduce your speed.

Roger Hawkins, a North Carolina Department of Transportation safety patrolman, said, “It’s something we deal with every day.”

“You have to keep your eyes open all the time,” Hawkins said.

Atwell and Hawkins agree that drivers often don’t follow the law. Both careers put them on the side of a highway week after week with speeding vehicles.

“Vehicles are more than likely our No. 1 threat here on highway patrol…there’s no excuse and it’s something I’ve dealt with personally,” Atwell said.
This summer, Hawkins and Atwell encountered drivers who weren’t moving.

Hawkins was on Interstate 40 in Pender County to help a truck driver with a flat tire. When the job was done, he thought everything had gone well and got back into the vehicle.

“I looked in my rearview mirror and saw this car coming at high speed and it ran right behind me,” he said. “If you see lights, don’t think that because they’re yellow they don’t mean anything.”

The accident caused Hawkins’ driver’s seat to break and he was staring at the ceiling. Luckily his brakes and seat belt were on and he survived. Hawkins was back at work within days.

Atwell said when he pulled over a driver, “if we’re near a freeway, I’ll try to do a passenger-side approach so that if anything happens, I’ll be on the passenger side of that vehicle – away from any danger.”

A few weeks ago, the Trooper was helping deputies with a suspected drunk driver on a Wake County highway.

“I was walking around my vehicle – I was going to get on the driver’s side,” Atwell said. “The sheriff’s deputy pulled over and asked me a question and it stopped me just long enough to take a break and then this vehicle hit [my car]. If he hadn’t asked me that question, it would have been my body.

It was another suspected drunk driver who didn’t turn up.

Together, NCDOT and NCSHP have a simple message: move on.

Hawkins said, “So you can slow down and take your time, not just for your life, but for the lives of everyone around you. Because almost all of us also have a family. “If you just look up and stop texting and driving, stop drinking and driving – just move, all of this could have been avoided,” Atwell added.