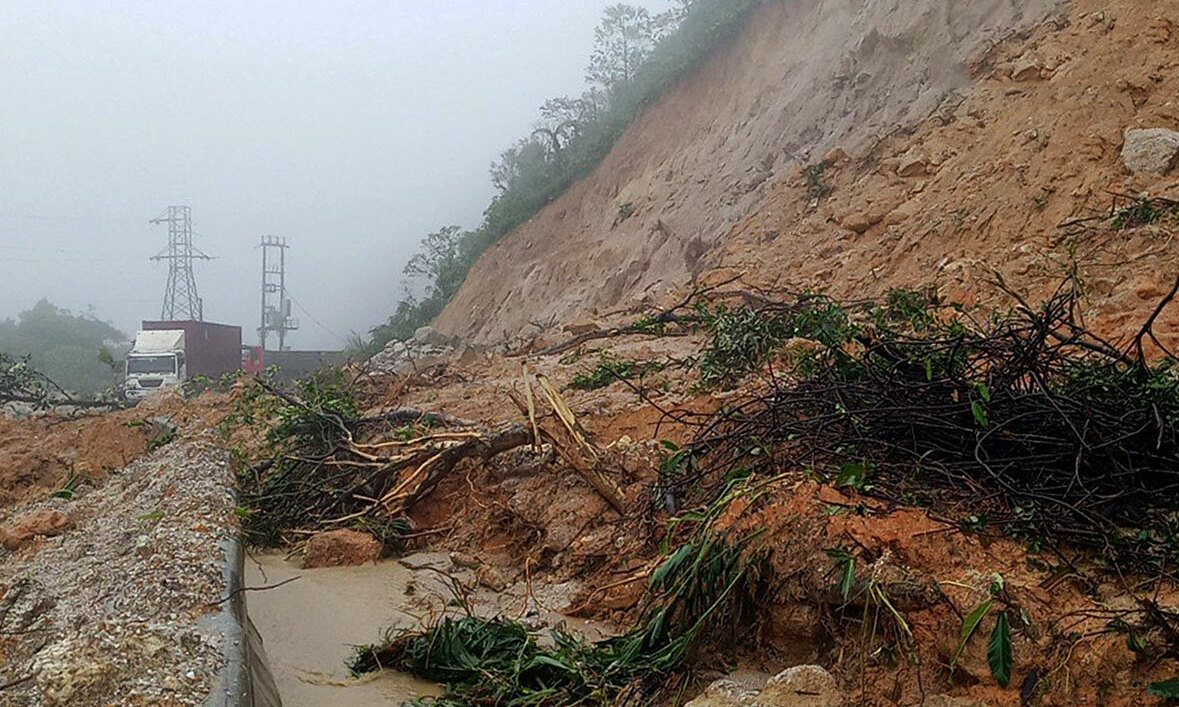 Rubble slides down the side of a mountain in Huong Son district of Ha Tinh on September 29, 2022. Photo by VnExpress/Duc Hung

A mountain slab along a stretch of National Highway 8A in central Vietnam’s Ha Tinh Province collapsed on Thursday morning, spilling 8,000 m3 of rubble and blocking traffic.

The landslide blocked traffic, preventing vehicles from traveling to Laos and districts like Vu Quang, Huong Khe and Duc Tho, and prevented vehicles from heading towards National Highway 1.

Border guards at the Cau Treo border post have deployed 20 people to cooperate with authorities and redirect traffic, erect warning signs and patrol the road.

“Due to heavy rain, strong winds and thick fog, it is difficult to clear the blocked road,” said a representative of Cau Treo border guards.

At 11 a.m., the authorities succeeded in clearing three places using diggers. With favorable weather conditions, traffic should return to normal in another day, they said.

The aftereffects of Storm Noru have seen heavy downpours inundate Ha Tinh for the past two days, with some areas recording rainfall as high as 330mm. The rains weakened the soil structure, making it more vulnerable to erosion, officials said.

Hundreds of families in the mountainous districts of Huong Son and Huong Khe are still cut off by flooded roads, forcing many people to travel by boat.