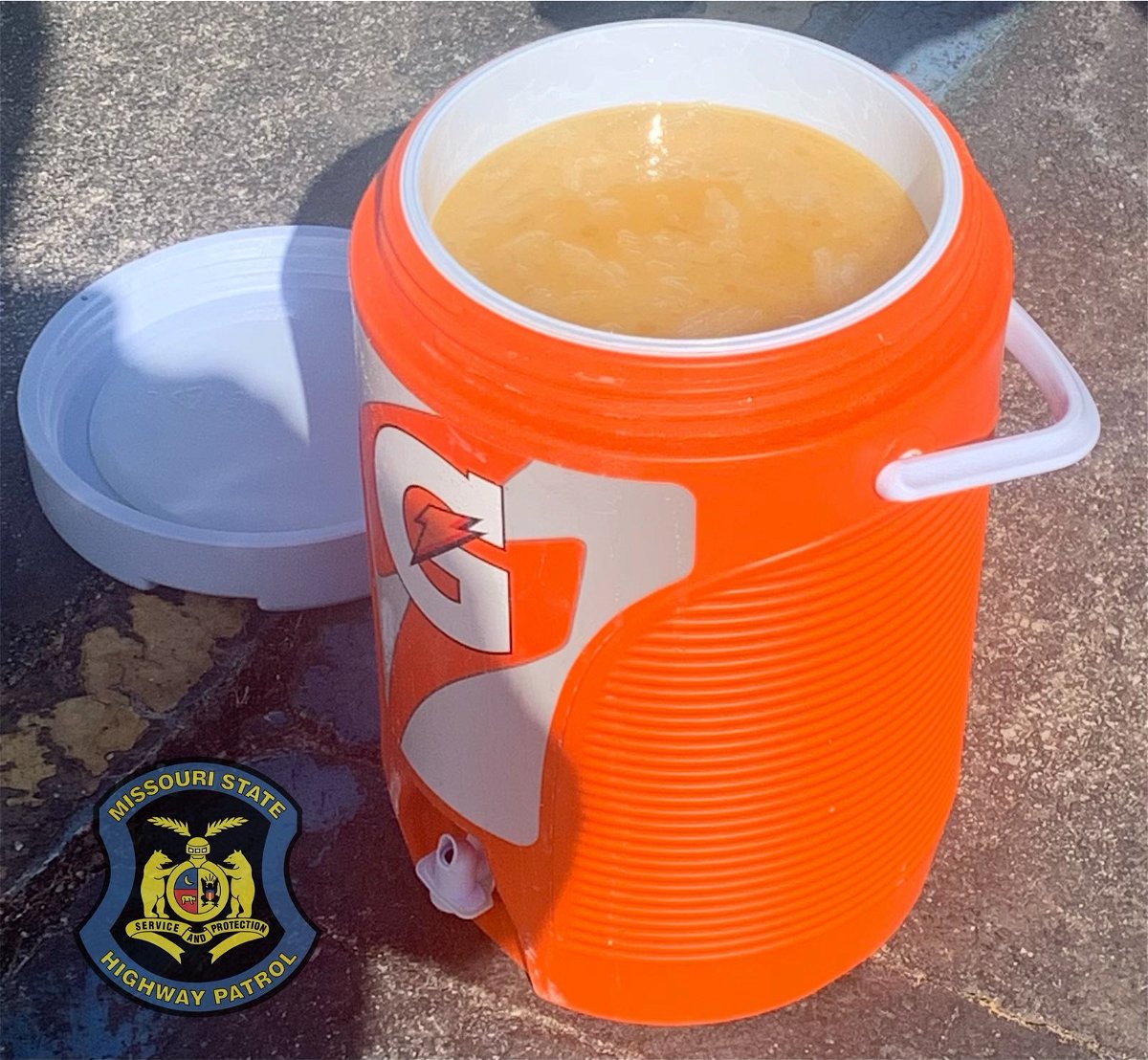 Editor’s note: Suspect’s last name has been corrected after initially receiving an incorrect spelling from sources.

The Missouri State Highway Patrol made a startling discovery during a traffic stop Monday afternoon in Montgomery County.

Troopers said the driver was pulled over for speeding on Interstate 70 eastbound around 12:30 p.m. A Highway Patrol drug detection dog reportedly alerted troopers at the scene to the possible presence of drugs at inside the car.

Soldiers said they found 30 pounds of methamphetamine hidden in a cooler. Highway Patrol said troopers also seized more than $1,100 found in the car.

This is NOT the kind of ICE you put in your sports drink.

State Troopers stopped a vehicle for speeding this afternoon on eastbound I-70 in Montgomery County. MSHP K9 Rony called narcotics in the vehicle and soldiers found 30 pounds of methamphetamine in a solution. pic.twitter.com/XxQ69cWgez

The driver reportedly traveled from Las Vegas to Philadelphia.

Troopers arrested Omar J. Stewart, 34, of Philadelphia on possible charges of first-degree drug trafficking and unlawful use of drug paraphernalia, according to the Highway Patrol. The arrest occurred at the same time at the same location as the meth bust, but troopers did not confirm that Steward was involved.

Stewart was being held in Montgomery County Jail on Tuesday.

Get Easy Tribal Loans for Bad Credit at Heart