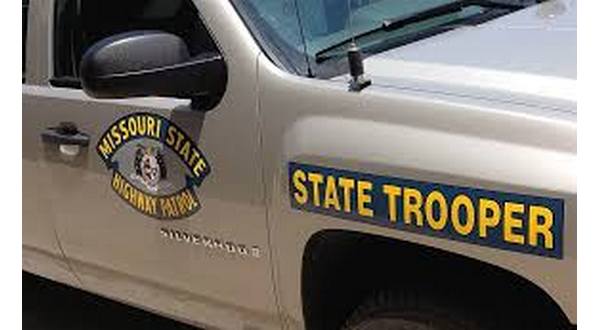 Missouri Highway Patrol reports 6 fatalities, 1 drowning and no boating fatalities over the weekend

The MSHP counting period runs from Friday, July 1 at 6 p.m. to Monday, July 4 at midnight.

The soldiers worked on 285 traffic accidents, including 107 injuries and six fatalities. Soldiers also made 141 DWI arrests and 82 drug arrests over the holiday weekend.

Soldiers worked on 11 shipping accidents, including five injuries and no fatalities. Soldiers made 13 BWI arrests and 18 drug arrests. One person drowned over the holiday weekend.

Three road deaths occurred on Saturday July 2. Jack K. Meese, 48, of New Madrid, MO, died when the vehicle he was driving left the roadway, hit a tree, overturned and caught fire. Meese was not wearing a seat belt at the time of the accident. The crash occurred in Bollinger County on Missouri Highway P west of Arab, MO. Bollinger County Deputy Coroner Lee Gilliam pronounced Meese dead at the scene.

Brian A. Bradley, 51, of Diamond, MO, died when the UTV he was driving veered off the right side of the roadway, he overcorrected, and the vehicle overturned. Bradley was not wearing a seat belt at the time of the crash. The accident happened in Newton County on Elder Road west of Diamond, MO. Newton County Deputy Coroner Brian Artherton pronounced Bradley dead at the scene.

A traffic fatality occurred on Sunday July 3rd. Kailey R. Spencer, 33, of Troy, MO, died when she was struck by a vehicle. The accident happened in Lincoln County on Missouri Route 47 east of Brushy Ridge Lane. Lincoln County Ambulance District personnel pronounced Spencer dead at the scene. The driver of the vehicle that hit Spencer was not injured. It is unclear whether or not he was wearing a seat belt at the time of the accident.

Two road deaths occurred on Monday, July 4. Bruce D. Dodge, 60, of Wyandotte, OK, died when the motorcycle he was riding struck the rear of a vehicle. Dodge was not wearing a helmet at the time of the accident. The crash occurred in Newton County on Missouri Highway 43 at Missouri Route U in Seneca, MO. Newton County Coroner Jerry Deems pronounced Dodge dead at the scene. The driver of the vehicle that the Dodge motorcycle hit was not injured in the accident. He was wearing a seat belt.

Scott J. Drennen, 29, died when a vehicle left the right side of the roadway on the shoulder and struck Drennen, who was walking. The crash occurred in St. Louis County on the southbound Interstate 55 on-ramp at Interstate 270. Mehlville, MO, Fire Protection District Ambulance personnel pronounced Drennen dead on the scene of the accident. The driver of the vehicle was not injured.

Last year, the July 4 holiday season saw seven people killed and 532 injured statewide in Missouri in 1,139 traffic crashes. Soldiers arrested 80 people for drunk driving last year. During the holiday of July 4, 2021, there were 12 boating accidents, including eight injuries and one fatality. A person drowned during the holidays last year. Soldiers boated nine times while intoxicated during the July 4, 2021 holiday.