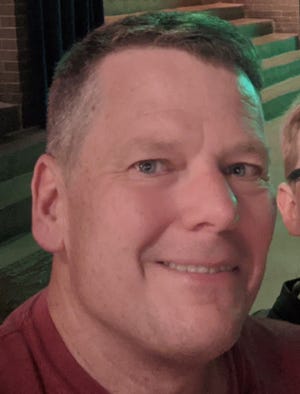 I suspect most of us don’t think much about what life would have been like without the Interstate Highway System. When you think about it, we realize that most of us wouldn’t live where we live and vacation like we take our vacations.

The US government began funding the Interstate Highway System in 1956. The idea was to make it easier to travel from one part of the country to another in the event of a national military emergency. Designed for speed and with limited access, America’s highways were modeled after a German highway called the Autobahn.

The way the interstate system was paid is a bit complicated and has changed over the years. Suffice it to say that its primary funding mechanism was, and still is, the gasoline tax.

The Tennessee Interstate System Has a Positive Impact on Our Lives

It took a long time for the highways to be built. Bridges had to be built and roads cleared through mountainous areas such as the Cumberland Plateau. The first sections of freeway through Tennessee were opened in 1958, with most of the freeways, 40 and 65, across the state completed in the 1960s.

The highways weren’t opened all at once, but one section at a time; For many years, a driver had to get an updated road map to find out which stretches of the shiny new highway were open.

Today there are over 1,100 miles of interstate freeways in Tennessee. These highways have dramatically reduced the time it takes to travel from one part of the state to another.

For example, before the creation of Interstate 40, it took maybe ten hours to drive from Nashville to Knoxville, passing through cities like Lebanon, Sparta, Crossville, Rockwood and Kingston. Now it takes about three.

Our highways allow you to live in one county and work in another. They turned once-small towns like Franklin, Farragut, and Bartlett into dormitory suburbs. The freeways also allowed for day trips across the state.

It’s hard to imagine 100,000 people traveling to Knoxville just for an event on the Saturday afternoon before the advent of interstate highways. Now, that happens about half a dozen times each fall.

Highways also made traveling by car much safer than before, as they were wider and better designed.

Most people see highways as a positive change. But commercial activity in cities like Cookeville, Manchester and Jackson has shifted completely from the city center to the nearest freeway exit.

If you drive to these city squares today, you can see clear signs that there was a lot more going on than today. Interstate construction has also proven to be very controversial in Tennessee cities.

Hear the black voices of Tennessee: Receive the weekly newsletter for powerful and critical thought columns.

Members of the African-American community in Nashville say the route chosen by Interstate 40, just west of the city, has split their community in two. In Memphis, Overton Park fans organized against the construction of Interstate 40 through this park in the 1960s.

Eventually, that case went to the United States Supreme Court, which ruled in favor of the group fighting against Highway 40. This is why the highway revolves around Memphis, rather than crossing it.

Bill Carey is the founder and executive director of Tennessee History for Kids, a nonprofit organization that helps teachers cover social studies. He is also the author of several history books and a former Capitol Hill reporter.

For the first time, the national road will be used for the emergency landing of IAF planes

In a first, the Hercules of the IAF lands on the national road near Barmer | Jaipur News