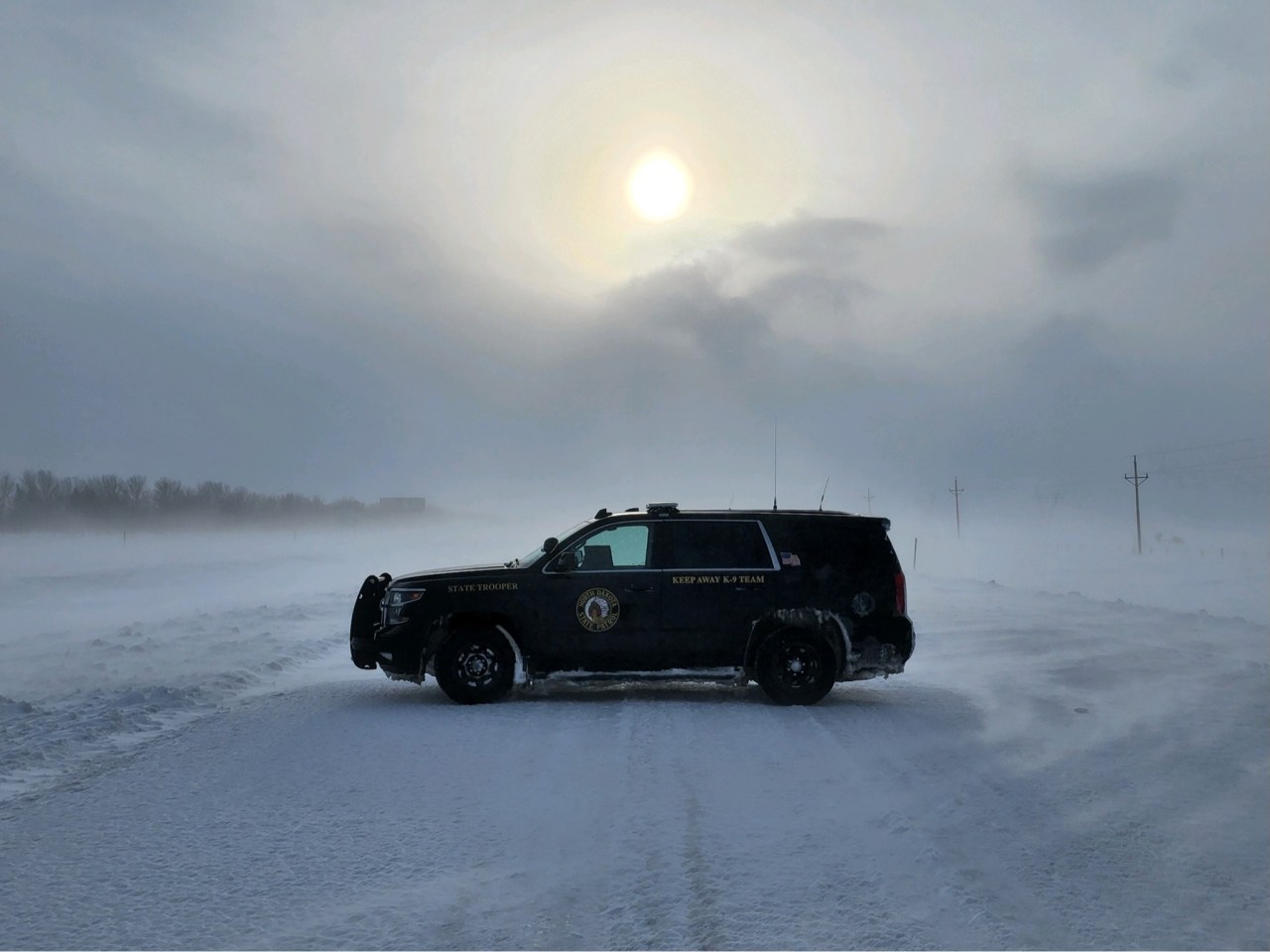 Highways are open again from border to border after a historic three-day blizzard closed them.

sergeant. Adrian Martinez sat down with KX News to discuss the past few days and what state troopers are doing to help.

Since the blizzard began, soldiers have been busy responding across North Dakota.

“Our soldiers are hard workers. They worked 12, 17, 18 hour days, working on the roads to make sure people were safe. A lot of people go into ditches, a lot of drops, a lot of conditions where you can’t see very well,” Martinez said.

The day before the blizzard began, Highway Patrol and the state Department of Parks and Recreation coordinated the movement of snowmobiles and UTVs around the state in case potential rescues were needed. Locations were based on National Weather Service snow forecasts, so snowmobiles and UTVs were placed at Minot, Bottineau, New Salem, Devils Lake, Underwood, Bismarck, Dickinson, Bowman, Carrington, Elgin, Valley City , Marion and Stanley.

Then the blizzard came.

At approximately 6:30 p.m., a soldier responded to a motorist on I-94 west of Steele. The motorist was in the ditch and was stuck. The soldier led the two occupants to the Coffee Cup in Steele.

At approximately 4:55 p.m., a soldier responded to a call from a vehicle in the ditch on I-94 in Dickinson. The policeman drove the driver to a hotel in Dickinson.

At approximately 2:21 p.m., a soldier responded to a vehicle in the median on I-94 near Dickinson. The policeman led the driver to Dickinson.

At approximately 1:55 p.m., a soldier responded to a vehicle in the median on I-94 near Bismarck. The soldier drove the driver to Bismarck.

At approximately 9:30 a.m., a soldier responded to an accident in Bismarck involving a Bismarck Police Department vehicle.

At approximately 11:26 a.m., a soldier responded to a tractor-trailer in the ditch on I-94 in Dickinson.

Around 3:30 a.m., a gendarme is called to run a blood run from Minot to Bottineau. The trip took nearly four hours. Department of Transportation snowplow operators helped clear the way.

Around 8 p.m., a police officer intervened with a motorist stranded on Route 36 west of Pingree. The motorist was stuck after trying to avoid the highway closure. The soldier used the agency’s UTV to drive from Carrington to the motorist’s vehicle. A Stutsman County deputy also responded. The soldier and the deputy shoveled the motorist and they were able to follow the deputy to Jamestown.

Around 10 p.m., a constable responded to a report from a motorist in the ditch on Highway 85 north of Belfield. The driver was arrested for actual physical inspection of a motor vehicle while under the influence of alcohol.

At approximately 8:15 a.m., a soldier responded to a vehicle call in the median near the Crystal Springs rest area on I-94. The driver said he had been in the vehicle since the evening before. The police officer transported the driver to a hotel in Steele.

A soldier responded from Elgin to pick up two people who were stuck about 40 miles from Elgin.

Highway Patrol coordinated with the Department of Transportation and the Department of Emergency Services to retrieve several plow operators who were stuck throughout the Minot District. Members of the North Dakota Snowmobile Club provided snowmobile rides for soldiers who had to abandon their stranded vehicles.

Around 5:20 p.m., soldiers responded to a crash on I-94 between Sterling and Steele.

A soldier assisted the McKenzie County Sheriff’s Office with three rescues in the Watford area using his UTV.

A Minot soldier helped remove 30 utility vehicles on Highway 2 in the Minot area that were stopped at road closure signs and find parking.

A soldier helped rescue five stranded motorists from County Road 139 west of New Salem and transported them to New Salem. The soldier was assisted by a resident of New Salem.

A soldier located two stranded motorists near Almont and, along with the Almont Fire Department and the Morton County Highway Department, transported them to safety in Almont.

Northwest Region soldiers have provided innumerable assistance to those stranded and trapped
the car drivers. They discovered abandoned and occupied vehicles, physically shoveled and pushed
vehicles pulled out, provided routes from the scene, provided traffic control for tow operators and
provided information to people at gate closures which were busy 24/7 during the closure.