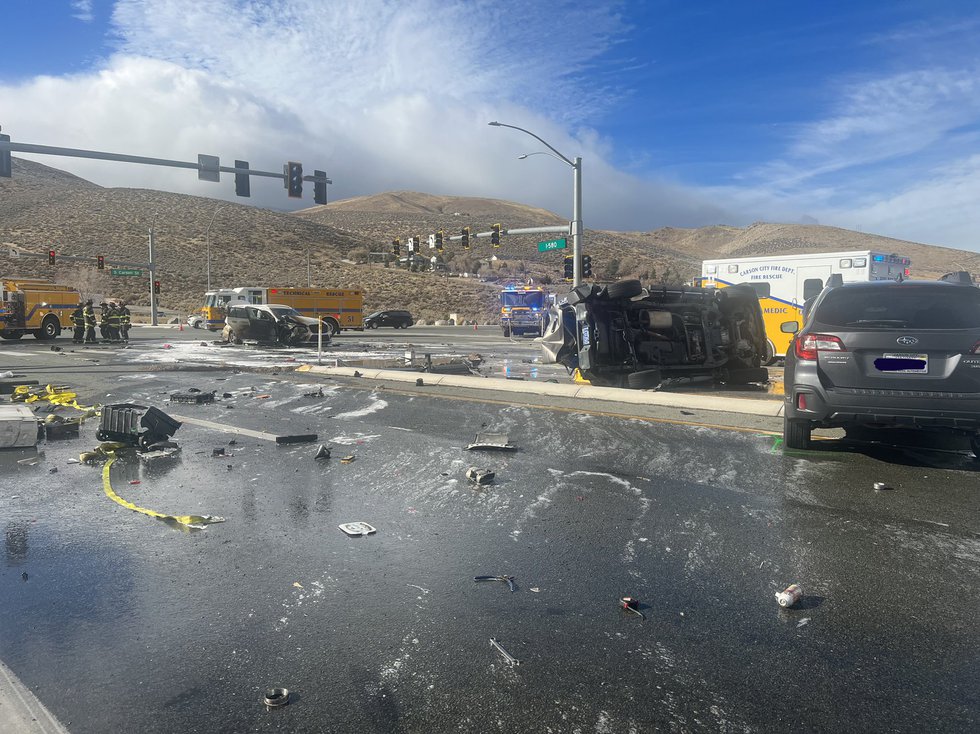 Soldiers say a Ford F-350 Super Duty pickup truck traveling east on the US-50 did not stop at a red light on South Carson Street. The truck was towing a 44-foot yacht and the truck suffered what is described as extreme brake failure.

The yacht and trailer would have weighed around 37,000 pounds, but the truck was designed for a maximum payload of 21,000 pounds.

The truck struck a southbound GMC Sierra 1500 pickup truck on South Carson Street. The collision separated the Ford pickup from the yacht trailer and the boat crossed the intersection a considerable distance.

A Mercedes Benz SUV rolled over the tongue of the yacht’s trailer and caught fire. The trailer then struck a Nissan Xterra. Xterra victim remains in critical condition.

The driver of the F-350, Roney Gonzalez Otazo, remains in custody at Carson City jail.

Roney was convicted of the felony of reckless driving resulting in death and counts of driving a dangerous vehicle, obstruction, disobeying traffic control, ignoring a traffic light red and without a valid driver’s license.

NOV. 10 UPDATE: Nevada Highway Patrol confirms brake failure is suspected in Tuesday’s fatal crash at Spooner Junction, at the intersection of I-580, S. Carson and Highway 50.

A total of eight vehicles were involved.

The NHP says the driver of a Ford van, Rolando Gonzalez Otazo Roney, has been arrested on several counts. Gonzalez’s truck was pulling a boat.