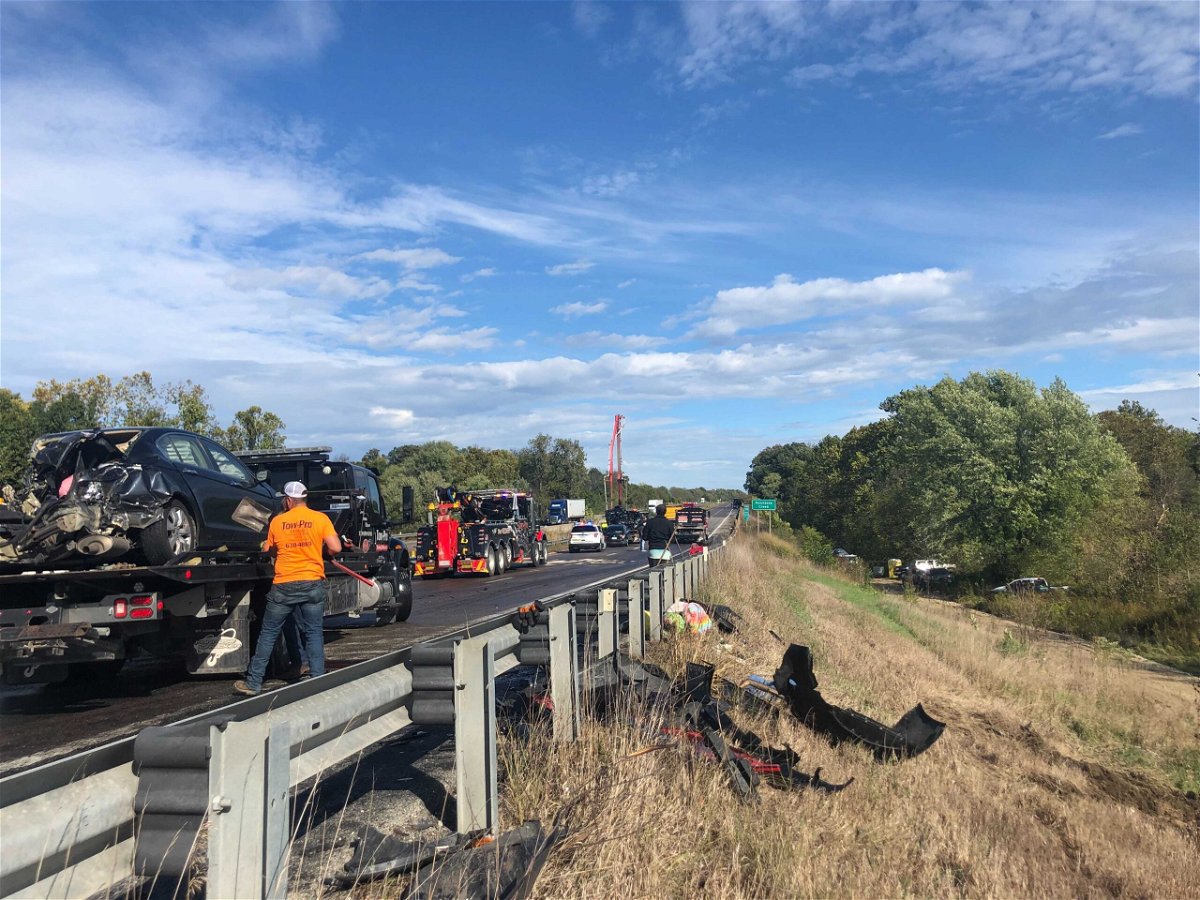 One person was treated for minor injuries after a crash Wednesday afternoon on Interstate 70 near Kingdom City.

According to Missouri State Highway Patrol, the accident occurred at 1:05 p.m. in the eastbound lanes about one mile west of the 153.4 mile post.

ABC 17 News first told you about the 10-15 mile traffic backups following the crash with an alert on our news app.

Soldiers said Grace E. Deal, 24, of Columbia, was injured after a semi-truck driven by Richard L. Powers, 63, of Lexington, Tennessee, crashed into the back of her SUV and two other vehicles.

Traffic was at a standstill in the area due to another wreckage, according to the crash report.

Trooper said the semi-aircraft blocked both eastbound lanes of I-70 after the crash.

The case was taken to the university hospital with minor injuries. A spokesperson for MU Health Care told ABC 17 News on Thursday morning that the deal was in fair condition.

No one else was injured in the crash.

The soldiers said everyone involved in the crash wore seat belts.

According to the crash report, Deal’s SUV and another car were destroyed in the crash.

what soldiers do to keep drugs out of our condition