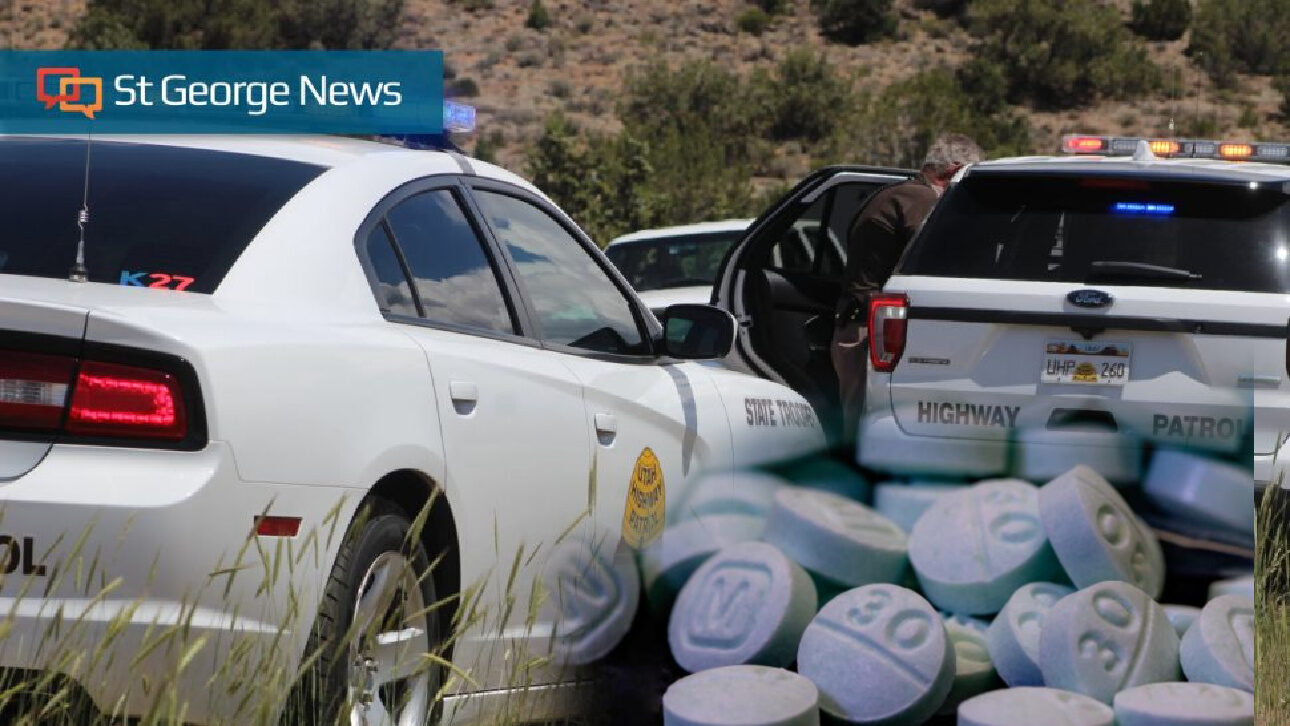 ST. GEORGE- A window tint violation led to the arrest of a 21-year-old driver after Utah Highway Patrol troopers recovered a total of more than 190 pounds of suspected methamphetamine, fentanyl and cocaine.

A soldier who was parked in the median of Interstate 15 near mile marker 63 observed a black passenger car heading north shortly after 8 a.m. Tuesday in Iron County.

As the car passed, the officer noticed that both windows were “significantly tinted” with visibility well below the legal limit allowed in “any other state”, according to documents filed in support of the arrest.

The soldier performed a traffic stop on the vehicle, which left the highway near mile 65. The officer approached and measured the window tint at 17%, which was lower than the 35% authorized by Utah law.

The driver, Jonathan Manuel Vargas, 21, told law enforcement that the vehicle belonged to his girlfriend in Las Vegas, Nevada, and when the officer became suspicious of possible additional criminal activity, a K -9 was deployed to perform an open air sniff. around the exterior of the vehicle.

When the animal indicated the possible presence of narcotics, the driver was asked why the dog was alerting to the vehicle. The suspect said it was likely due to the THC vape pen he had inside the car.

The suspect explained that he purchased the vape pen in California and said he did not have a medical marijuana card when questioned by police.

As the search continued in the trunk of the car, officers found two suitcases containing several more packets of the same crystallized substance found in the sports bag, along with five packets of blue pills labeled “M-30 ‘, leading the soldier to suspect that they contained fentanyl.

In total, the soldiers recovered nearly 192 pounds of suspected narcotics during the roadside check, or about 88.5 kilos grouped together in several packages and containers.

According to a 2019 report by the Drug Enforcement Administration, if broken down into street-level sales, 3 pounds of cocaine was valued at over $420,000.

The more than 5 kilos of fentanyl pills recovered from the car were valued at over $1.7 million, while the wholesale value of the methamphetamine was over $437,000. If broken down into grams for street-level sales, the value of the 88-kilogram load jumps to over $4.4 million.

Following Tuesday’s arrest, Vargas was incarcerated in the Iron County Jail and faces three second-degree felony counts of possession with intent to distribute a controlled substance, as well as two vape pen crimes.

The soldier also requested that Vargas be held without bond based on a number of factors, including that Vargas allegedly transported a large quantity of narcotics through Utah, a state with which he has no connection. said the soldier.

Additionally, the suspect stated that he had experience in drug trafficking and estimated that he had made 5-10 previous trips with drugs in the vehicle. The soldier also said that Vargas also had ties to the Mexican cartel and posed a substantial risk of fleeing the court’s jurisdiction.

The request was granted and the suspect remains in custody without bail. The charges have been submitted to the Iron County District Attorney’s Office for review, and the case is also being reviewed for federal prosecution.

This report is based on statements taken from court records, police or other stakeholders and may not contain the full extent of the conclusions. Those arrested or charged are presumed innocent until found guilty by a court or until a trier of fact decides otherwise.

Cody Blowers grew up in South San Francisco, California. A 2013 graduate of Colorado Technical University, Cody received her bachelor’s degree in criminal justice with a minor in paralegal studies. During her university studies, she discovered that writing is her true passion and she is committed to providing credible and integrated media coverage. Cody joined St. George News in 2015, and when she’s not busy chasing the news, she can usually be found chasing after her young granddaughter, Kali.