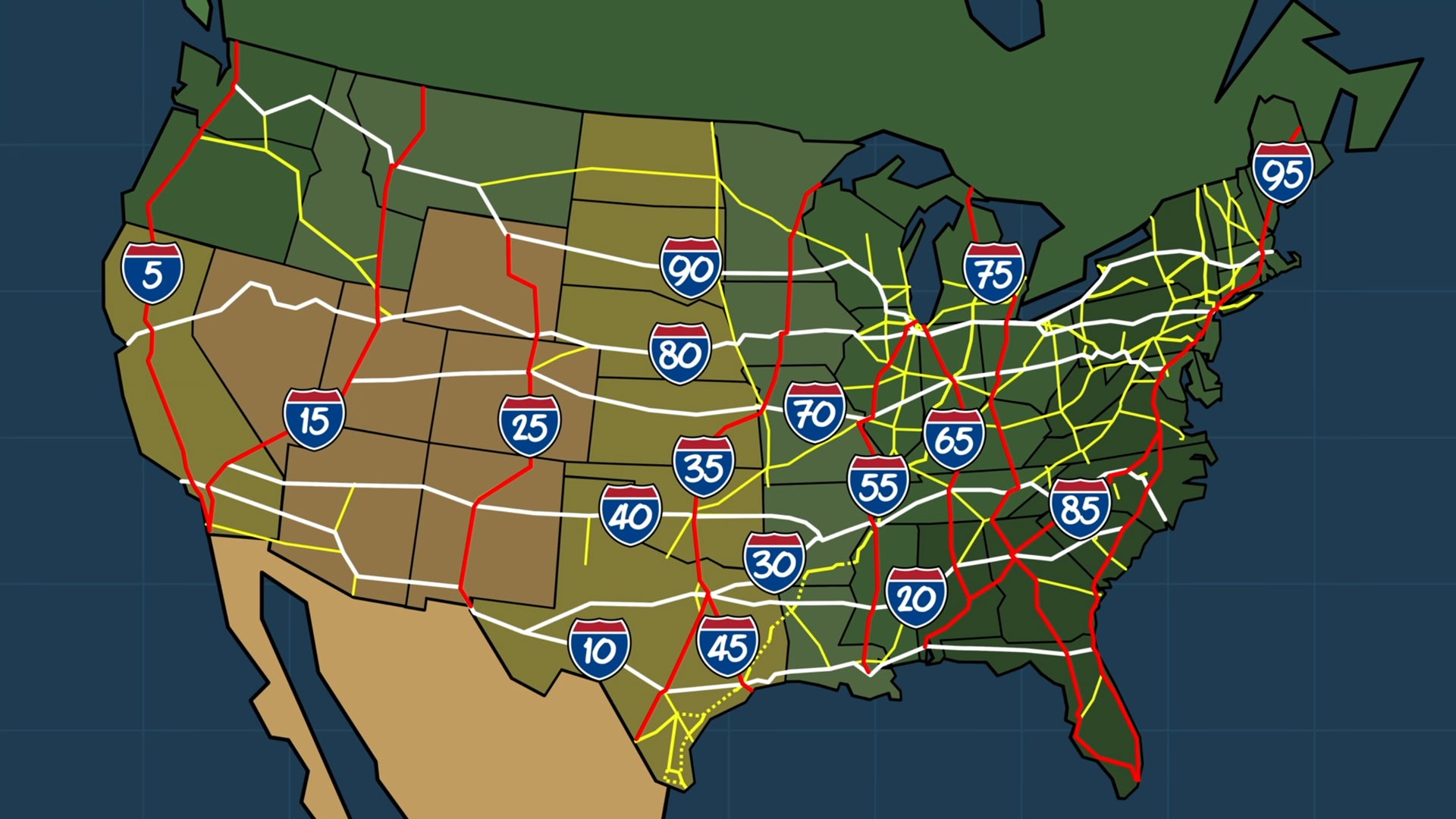 Here’s the Surprising Logic Behind US Interstate Highway Numbers

Next time you’re driving down the highway, take the time to spot all the different highway shields. Are there single digits? Double? Tripled, even? What do odd and even numbers actually mean? Believe it or not, there is a legit method behind the madness that makes up the United States Interstate Highway System and how they get their numbers.

In 1926, America’s Numbered Highway System was created, laying the foundation for how the country’s highways would be named and labeled. But it was the Federal Highway Aid Act of 1956 it actually helped establish the interstate numbering system we’re talking about here today. Citing federal standards would be boring and confusing to take in at once; luckily we have YouTuber CGP Gray to guide us through this. Let’s take a virtual trip across America to understand how it all works.

Just a quick note before jumping into the comments and yelling at me: yes, there are exceptions, and I don’t get paid enough to do the country’s highway rules (I asked, believe me). So don’t shoot the messenger, just soak up the sweet, sweet knowledge.

Let’s talk about the main highways first. Essentially all of these road networks have double-digit numbers, with one pesky exception. The east-west highway systems all end in “0” and are numbered more and more as you go north. For example, I-10 passes through the southernmost states (California, Arizona, New Mexico, Texas, Louisiana, Mississippi, Alabama, and Florida), while I-90 passes through some of the northernmost states (Washington , Idaho, Montana, South Dakota, Wisconsin, Illinois, Indiana, Ohio, Pennsylvania, New York and Massachusetts).

North-south highways end in a 5 and are numbered more and more as you progress east. For example, the westernmost major road network between California, Oregon and Washington is I-5, and the easternmost is I-95, which passes through Florida, Georgia, South Carolina, North Carolina, Virginia, Maryland, Delaware, Pennsylvania, New Jersey, New York, Connecticut, Rhode Island, Massachusetts, New Hampshire and Maine.

There are also many highways that don’t actually cross other states. Texas has the only major highway like this, and it follows the same naming convention as the rest of the continental United States. Alaska, Hawaii, and Puerto Rico all have their own special naming convention that doesn’t exactly follow the standard system we’re talking about. here too.

Next come interstate mediums, which are suffixed with an even or odd number. Peers means the highway is east-west, and odds are north-south. Multiple medium highways may exist with the same number. As shown in the video below, I-76 is a highway in Colorado, and it is also the interstate number for the Pennsylvania Turnpike. There are many other examples of this in the United States as well.

Then there are the minor highways, which are all represented by three digits instead of the usual two. The first number in the three-digit sequence is the secret sauce, while the last two represent the main highway from which it branched. If the first digit is even, the highway will eventually fall back to its parent; these are called “bypasses” or “bypasses” when they surround a landmark such as a city. A highway with an odd first digit is called a “spur” and will not reconnect to its parent. If a minor highway connects two major highways, it is generally up to the state to decide which major highway is used as the minor’s suffix.

You now know the secrets of the major highways in the United States, so if your GPS ever works and all the maps suddenly disappear, you’ll at least be able to navigate the highways across the states.

If you are more interested in knowing the exceptions to the standards, CGP Gray does a great job of showing them off. You can watch his video, complete with fun little stick figure animations, below.