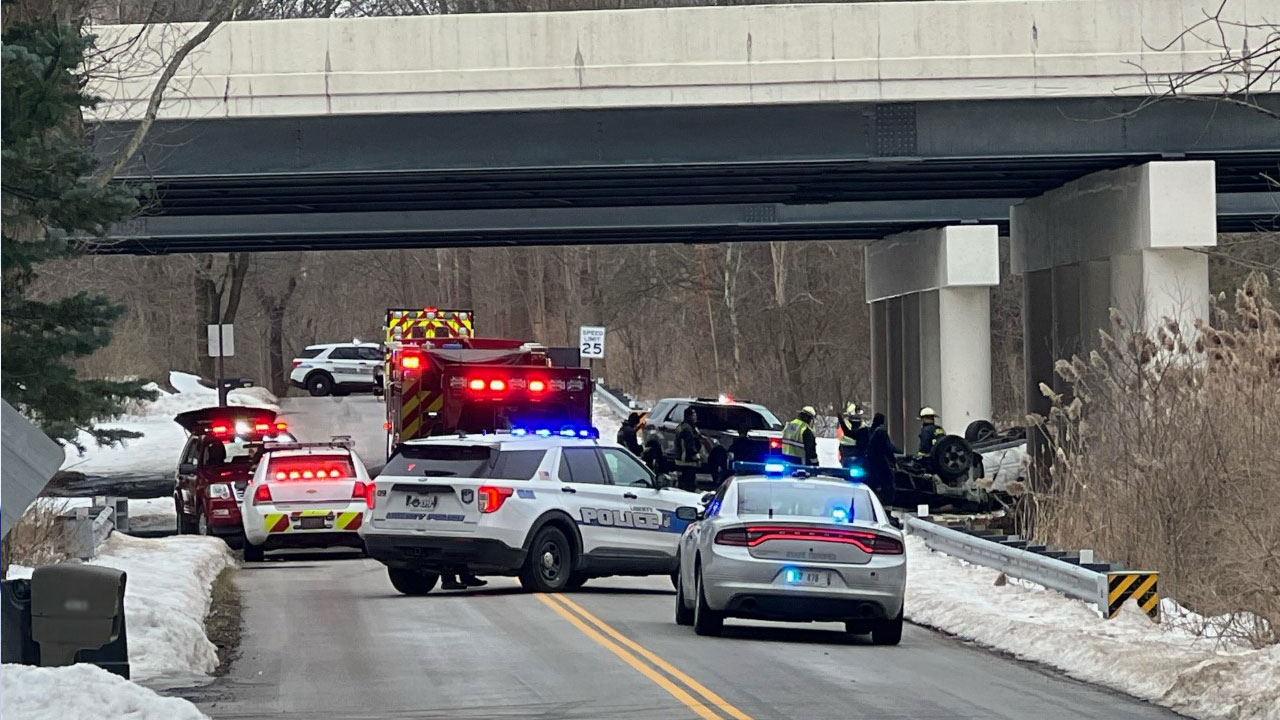 LIBERTY, Ohio (WKBN) — A Sharon man died after his SUV rolled over the side wall of a bridge over Interstate 80 in Liberty and landed in the street below.

It happened a little before 3 p.m. Friday.

“My condolences to the family, whoever it is… It’s just… It’s sad. It’s heartbreaking,” said Michele Venneri, who lives on Sampson Road.

According to the Ohio State Highway Patrol, Bruce Markell, 71, was driving westbound on I-80 in the left lane when his SUV hit the left side of a tanker truck as he attempted to change of way.

Markell’s car left the left side of the road, flipped over, then crashed through the concrete bridge wall and fell on its roof on Sampson Road, killing him.

“Actually I was going down Sampson and had to be redirected to Churchill. In fact, they wouldn’t even let me come to my house — they said since it was my property, I could come,” Venneri said.

Venneri has lived on Sampson Road since 2012 and has only heard of something like this happening here once.

“It’s a shock to come home and see this,” she said.

Liberty Fire Chief Douglas Theobald said that was not common in this area and that a lot of energy and factors must have gone into it for a car to go over the barrier wall.

“I’m not a road engineer, but bridge walls are usually designed to contain vehicles on the roadway. So a lot of force had to be applied to get a vehicle off the ground, over the barrier walls and onto a lower roadway. The roads are designed to keep the vehicle, whether it’s a commercial vehicle or a passenger vehicle, on the roadway,” he said.

Either way, Theobald and Venneri both agree that it was an unfortunate situation.

“As I said, I’m just praying for the family and hope they get peace,” Venneri said.

The driver of the tanker, Regina Skinner, 50, of Canton, was not injured.

The accident is still under investigation.

A portion of westbound I-80 was closed but reopened.