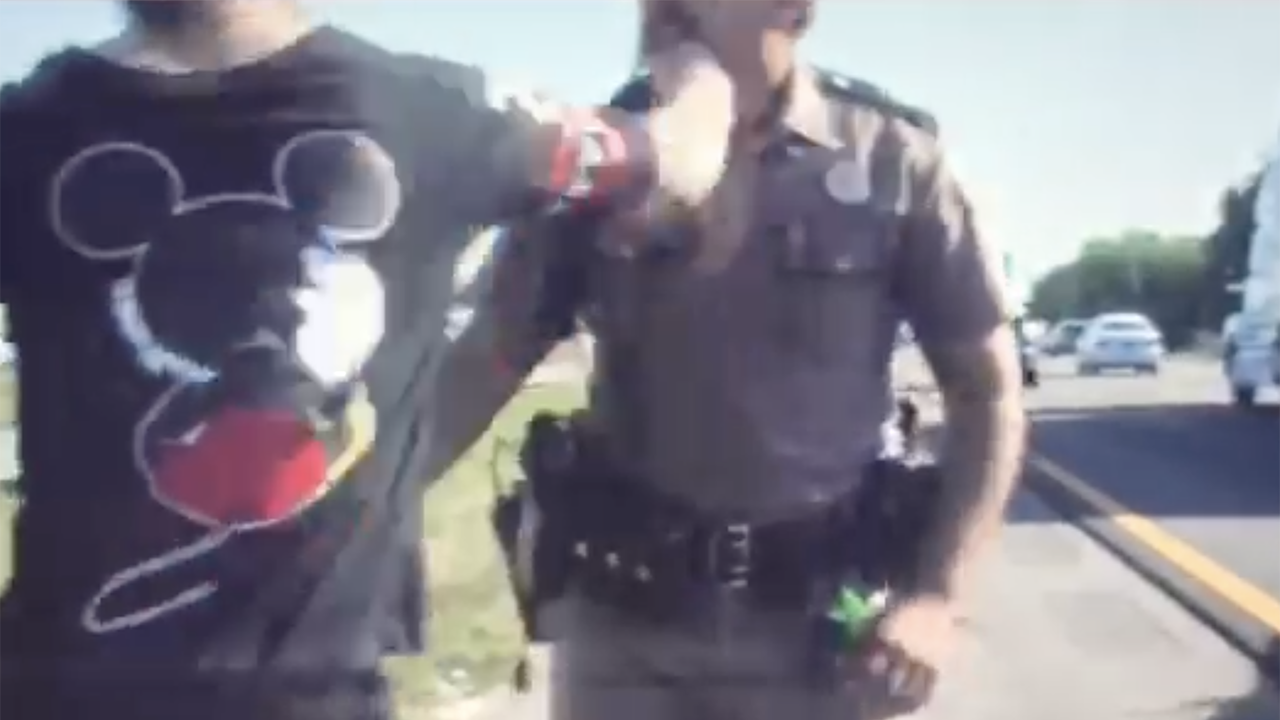 The Florida Highway Patrol sends its thanks to a group of good Samaritans who came to the aid of a soldier after he was attacked on a highway in Tampa on Friday.

Dashcam video of the encounter shows the soldier informing the suspect, 24-year-old Alexander Hernandez Delgado, that he cannot walk on the highway.

Delgado told the officer he was an artist and was walking down the street because his mother kicked him out of the house, the officer wrote in an arrest report.

“I then searched the subject and attempted to place him in the back of my patrol car. Subject became argumentative and stated that I was bothering him and would like to be left alone,” wrote the soldier in the report. “Subject then walked away and then punched his left hand which [struck] me in the face.”

Dashcam video shows the suspect punching the soldier in the face before the altercation continued off-camera.
(Florida Highway Patrol)

Video shows the suspect punching the soldier in the face before the two exit the camera in the median, where the soldier wrote that Delgado punched him multiple times.

After the soldier boarded Delgado, an 18-wheeler and another car stopped and several bystanders jumped out to help the officer subdue Delgado.

“The FHP thanks all of the good Samaritans who stopped on I-4, both ways, Friday morning, March 18 in Tampa to assist our Trooper,” an FHP spokesperson said in a statement.

The soldier suffered a bloody nose as a result of the incident.

Delgado was rushed to Hillsborough County Jail and charged with assaulting a law enforcement officer and violently resisting an officer.