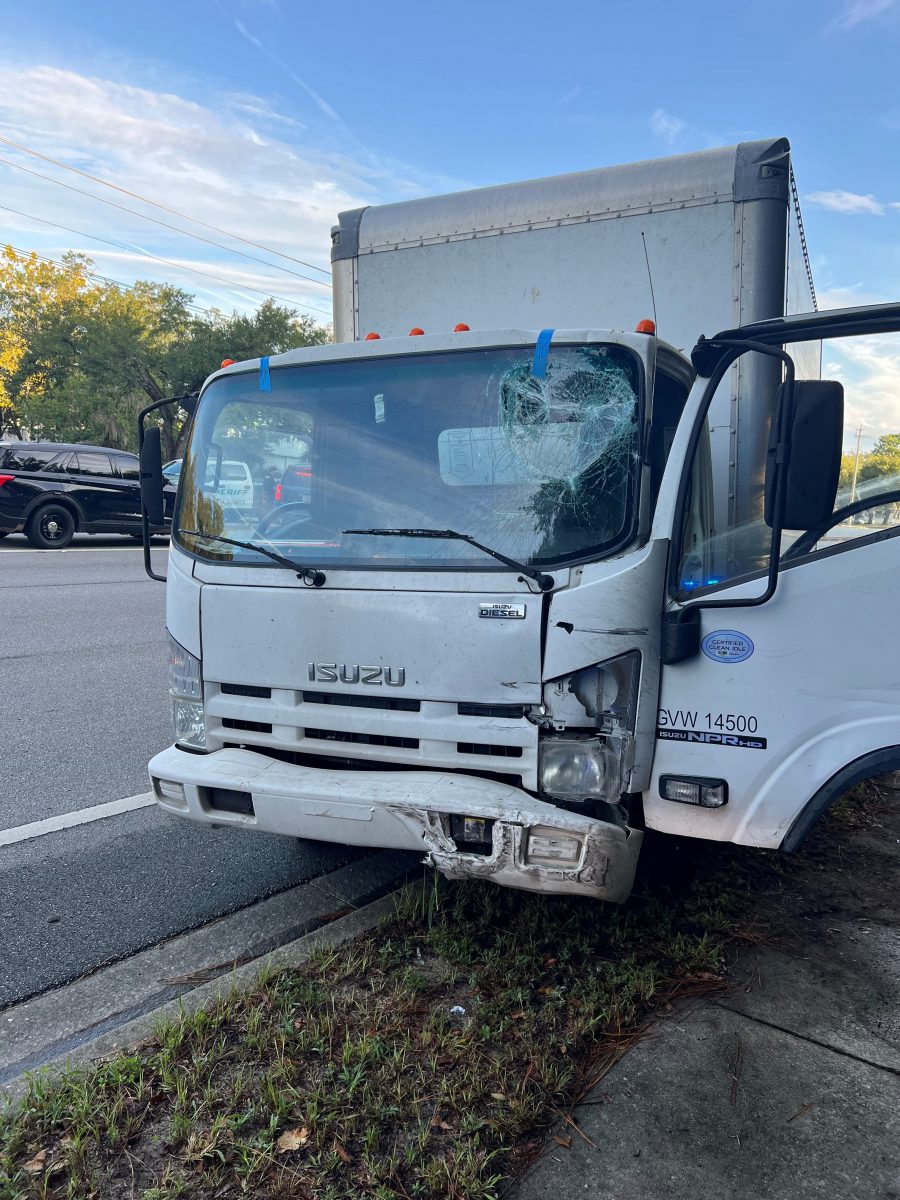 Law enforcement’s pursuit of a stolen vehicle in Tampa ended in Gainesville Tuesday morning, causing major traffic delays at the height of the morning commute.

According to the Alachua County Sheriff’s Office, the Florida Highway Patrol was chasing a stolen van truck in Tampa. The vehicle was traveling northbound in the southbound lanes of Interstate 75.

FHP requested assistance from the sheriff’s office when the pursuit entered Alachua County from Marion County. The driver got off at the Archer Road interchange, again traveling in the wrong direction, authorities said. He drove through Butler Plaza and headed toward Southwest 34th Street, hitting several vehicles, according to FHP.

The suspect exited the bail truck around the Piccadilly Apartments and Metro Diner area of ​​34th Street Southwest and was taken into custody, FHP said.

Authorities identified the driver as 33-year-old Brandon J. Baker. A Florida Department of Corrections records check indicates that Baker was released from prison just eight months ago after serving two and a half years for drug and weapons trafficking.

Traffic around Archer Road and the southwest area of ​​34th Street caused a major gridlock, sending vehicles backing up for miles as law enforcement worked to break up the chase and clean up the resulting wreckage.

The ride accelerated as 34th Street was closed and traffic was diverted around the crash site. The delays and detours certainly caused delays for area residents for work, appointments and likely impacted some people’s ability to vote this morning in a neighborhood that was not accessible on the 34th Street while blocked to traffic. All roads reopened around 10 a.m.

Florida: 5 people killed in a car accident in Miami-Dade County, according to the Highway Patrol