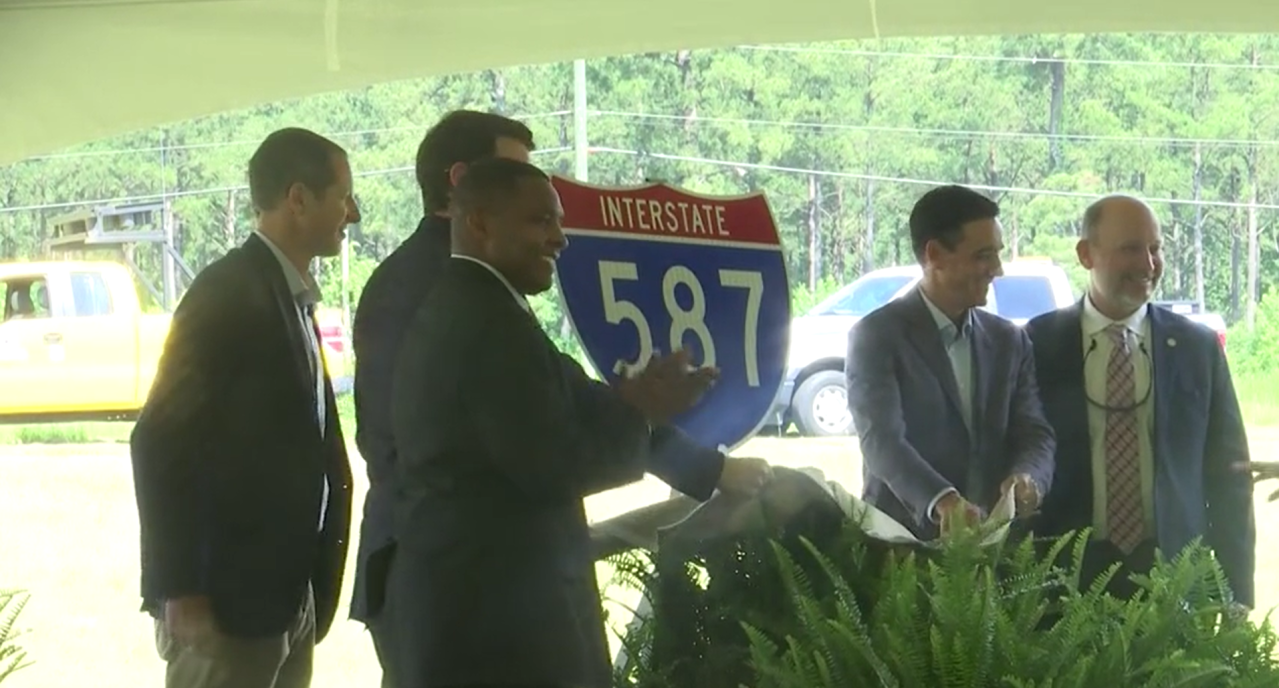 After years of preparation, Greenville officially has an interstate highway, named Interstate 587. The North Carolina Department of Transportation has unveiled new signage that will stretch along the 37-mile stretch in Pitt, Greene counties and Wilson. Officials say bringing US 264 up to interstate standards has been a long time coming.

“When you started we had 264, then it was two lanes, then we made it a four lane, then after that we were able to get funding to remove all the intersections and make interchanges so that you don’t have road access. So once you get that, you get what we call a freeway, so it was up to interstate standards,” said Jeff Cabaniss, the engineer for the NCDOT Division 2.

Once it meets interstate standards, it is up to federal highways to grant interstate status. District 9 State Representative Brian Farkas and Greenville Mayor PJ Connelly both said the change impacts everyone.

“Businesses drive our roads, vacationers travel our roads, and citizens use these roads and our bridges to get their goods and produce to market,” Farkas said.

“Somebody who might be overseas, who might be considering having a presence in the United States, they might not know anything about eastern North Carolina and the fact that we didn’t have highway that served Pitt County. We were automatically disqualified from this list,” Connelly said.

At least 900 panels will be replaced over time, and some of the larger panels will take longer to replace due to a shortage of raw materials, officials said.