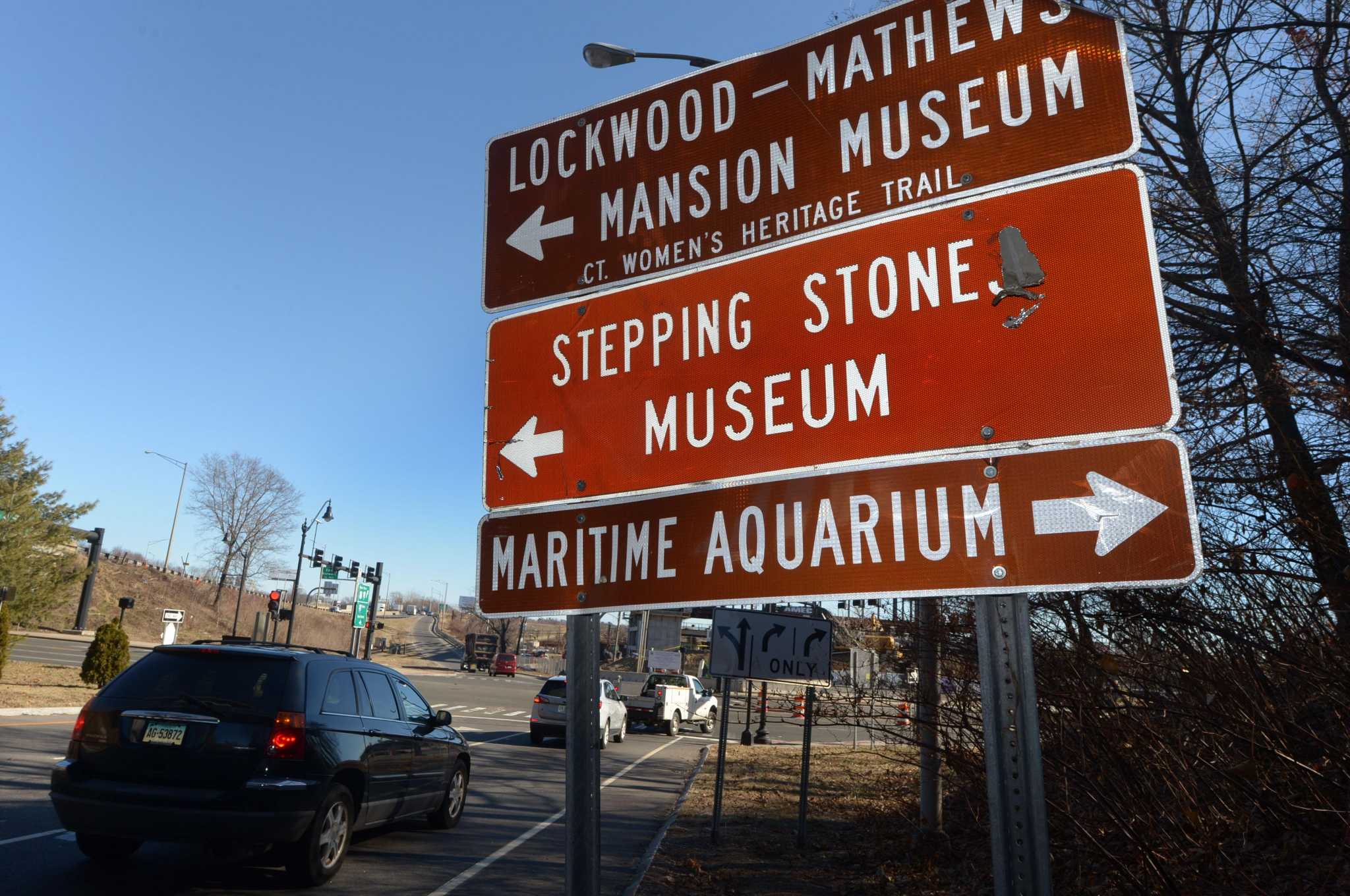 NORWALK – Motorists approaching South Norwalk on the Route 7 connector will no longer have large hanging signs directing them to the Marine Aquarium.

As part of the Connecticut Department of Transportation attraction signage program, as developed by the DOT Commissioner’s Signature Task Force with input from the State Tourism Board, DOT will replace signs suspended for attractions by signs on the ground near the exits.

The objectives of the program are to direct visitors to attractions, ensure the safety of the traveling public, maintain the scenic beauty of communities and state roads, and maintain efficient traffic.

“The task force looked for ways to standardize the advertising of attractions at or near freeway exits,” said DOT spokesman Judd Everhart. “As signage and signage media are replaced, old signs are removed and new ones are installed. There are three stand-alone Marine Aquarium signs on Route 7, which are in the process of being removed. A sign indicating that the Maritime Aquarium is at the next exit will be added to a new sign with up to six local attractions.

Everhart said the signage program would have no immediate impact on the hanging signs advertising the Marine Aquarium along Interstate 95.

“If at some point, while the project is launched to replace the signage brackets along I-95, a decision will be made on how to deal with all the ‘attraction’ signs in this hallway.” , Everhart said.

Typically, however, the stand-alone brown signs for local points of interest, such as the Aquarium, will be removed and the information will be added to new signs listing multiple attractions. Typically, new signs are installed when approaching an exit and then also at the bottom of the exit telling motorists which way to turn to get to the attraction. One of the results will be fewer signs along freeways, Everhart said.

The Marine Aquarium – Norwalk’s largest tourist attraction with around 500,000 visitors a year – will live without the large signs hanging over the Route 7 connector, according to aquarium spokesperson Dave Sigworth.

“The loss of a limited number of brown hanging signs shouldn’t have a big impact on ‘path finding’ for our customers, especially with so many people with GPS capabilities on their phones and in cars,” said Sigworth said. “We believe the brown signs serve more to reassure our guests that our guests are on the right path to the aquarium, than to guide them alone, or to let motorists know that we exist. “

Sigworth said the aquarium has heard repeatedly over the past few years that the brown traffic signs are going to go away. He said aquarium officials would not challenge the warrant, but added that they hope adding road signs can be a priority when hanging signs are removed.

“However, they do offer a little sign along the road here and another here,” Chimento said, pointing to a DOT card from the connector on Route 7. “And it’s going to be a sign that looks like this, ‘Attractions’ and that will give you attractions. In fact, we want to add Mathews Mansion here as well.

Less clear, according to Chimento, is whether the DOT will allow the city and the developer of SoNo Collection General Growth Properties to place – at their own expense – overhead directional signs near the bottom of the Route 7 connector ramp to West Avenue.

Mayor Harry Rilling, chairman of the Traffic Authority, expressed disappointment at the large signs hanging along the Route 7 connector.

“Not only are they going to disrupt everything with the Walk Bridge project and destroy attendance at the Maritime Aquarium,” said Rilling. “Now they want to remove the signs so you can’t get there that way either. “

DOT plans to raze the aquarium’s IMAX theater to make way for the replacement of the nearby Walk Bridge over the Norwalk River. The aquarium has received city approval to build a 4-D theater and new exhibition space elsewhere on its campus and hopes to open up the new spaces before DOT begins replacing the bridge in 2019.