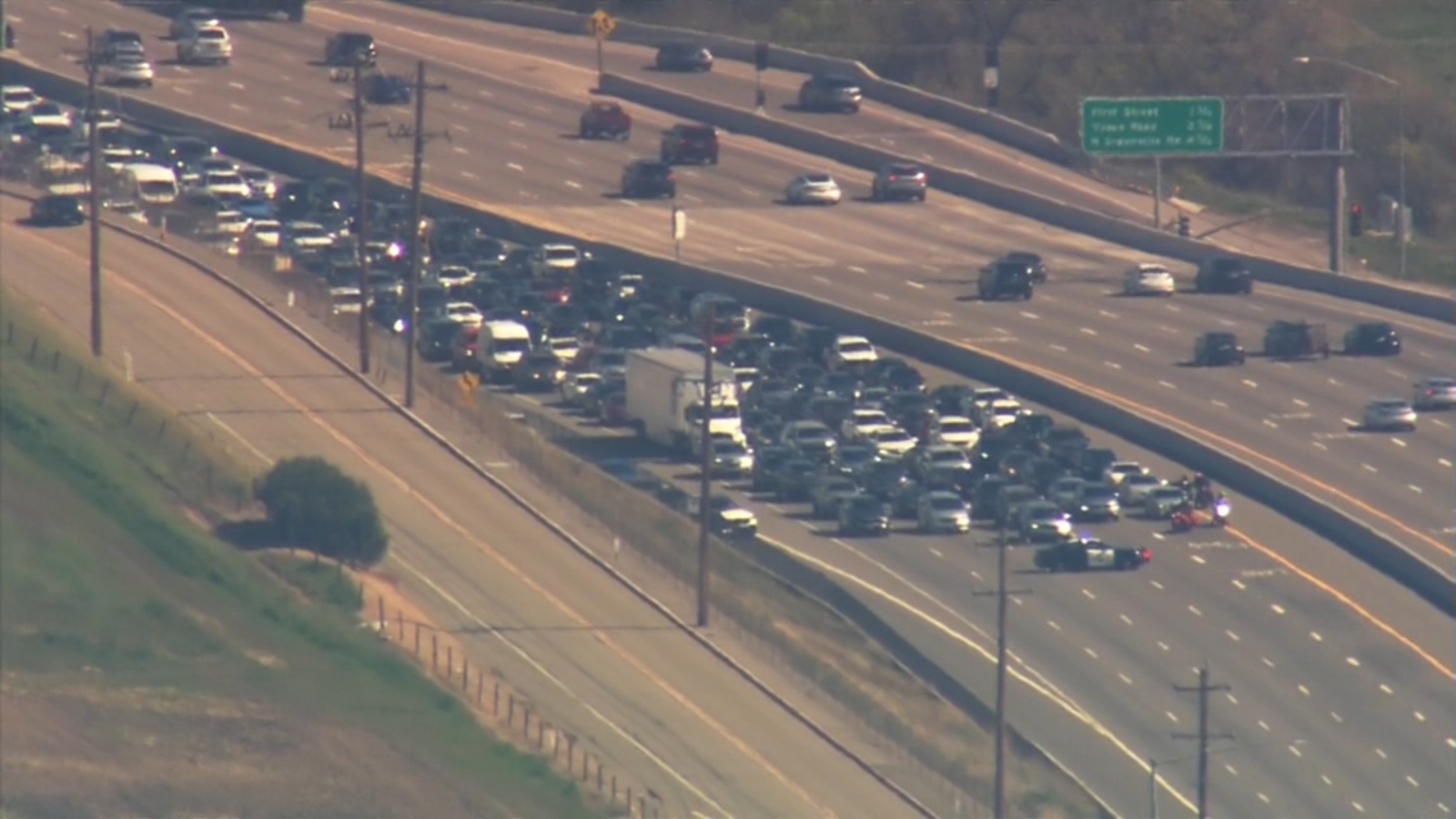 California Highway Patrol arrests suspect in Livermore I-580 shooting, links him to another freeway shooting

By Jessica D. Ouellette On Mar 1, 2022
Share
CASTRO VALLEY, Calif. (KGO) — The California Highway Patrol (CHP) has arrested a suspect they believe was responsible for two highway shootings that occurred on Sunday.

The video used in this article is from a previous report on the incident.

If you’re on the ABC7 News app, click here to watch live

Upon arrival, officers discovered that a man in a white Dodge pickup truck, whose identity has not been released, had been shot.

He was taken to Eden Medical Center for treatment. CHP says the injuries were not life-threatening.

CHP says the suspect immediately fled the scene and was “identified as a lone adult male driving a brown sedan.”

VIDEO: 4 fatal freeway shootings in Oakland since May remain unsolved

CHP officers found the suspect vehicle on Interstate 580 westbound near Strobridge Avenue and took the suspect into custody at approximately 11:56 a.m.

After further investigation, the CHP said investigators “linked the suspect in custody to an earlier freeway shooting that occurred at approximately 11:15 a.m. on Interstate 205 westbound near the Interstate 5 within the jurisdiction of the CHP – Valley Division”.

One victim was seriously injured in the shooting, the CHP said.

The motive for the shootings is still under investigation.

The suspect, Armando Perez, 24, of Hayward, was incarcerated in Santa Rita Jail on suspicion of attempted murder, shooting at an occupied vehicle and assault with a deadly weapon. CHP – Valley Division investigators are expected to file separate charges.

In a statement, the CHP said: “Public safety is the top priority of the CHP. Highway shootings are a serious crime and the CHP investigates every incident to the fullest extent possible. As these are ongoing investigations, the identities of the victims and the extent of the injuries are not being released at this time. If you or someone you know has information regarding any of these incidents, please call the CHP Investigations Inquiry Line at (707) 917-4491.