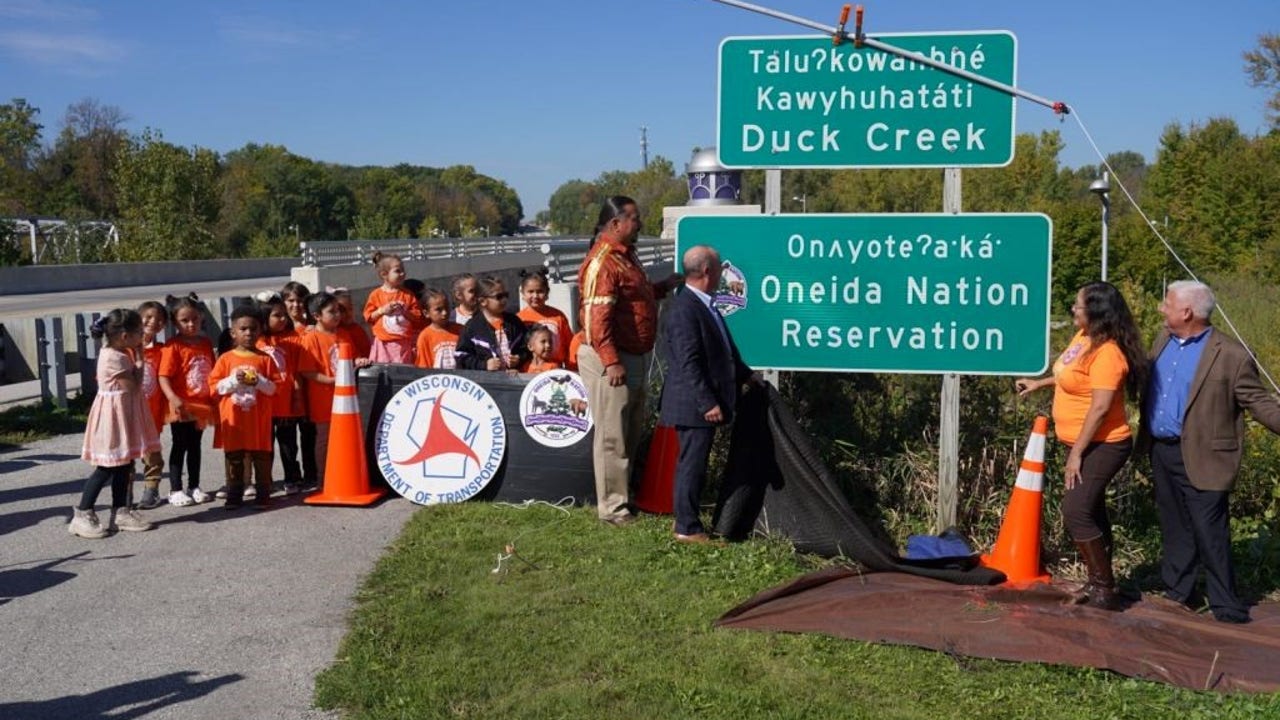 BROWN COUNTY, Wisconsin. – The Oneida Nation and the Wisconsin Department of Transportation (WisDOT) unveiled new bilingual signs Friday, Sept. 30, for placement on state highways. The new signs signify the Oneida Nation’s tribal borders and other features in the Oneida and English languages.

Oneida Nation is the second tribe in Wisconsin to install bilingual signs.

New tribal boundary signs feature the Oneida tribal seal next to the tribe’s name in its native language – Onʌyoteʔa:ká the traditional name of the reserve, which means “The people of the upright stone”. The English version of the road sign is located below the Oneida Nation version.

“The Oneida language is the first language of our ancestors and we appreciate the State of Wisconsin for recognizing and respecting our sovereignty, language and traditions,” said Oneida President Tehassi Hill. “Preservation and indigenous languages ​​are central to a tribe’s unique cultural identities, traditions, spiritual beliefs, and self-governance. We look forward to revitalizing the Oneida language through these signs.”

One of the new signs is located near the Duck Creek Bridge. It includes the words Taluʔkowanhné, which translates to “Place of Bountiful Ducks”, and Kawyhuhatatiwhich means “River that flows along.

“We are honored to join the Oneida Nation and offer bilingual road signs on their tribal lands,” said WisDOT Secretary Craig Thompson. “Through Governor Evers’ commitment to tribal sovereignty, we are proud to deepen the long-standing cooperation between state and tribal governments. Together, we foster a stronger sense of place and connect travelers to history by sharing Native American heritage.”

“Bilingual Oneida-language signs would not have been possible without the collaborative efforts of WisDOT and the Oneida Nation,” said Wisconsin FHWA Division Administrator Glenn Fulkerson. “The FHWA is thrilled to be a part of this very important initiative, and we congratulate the Oneida Nation on the wonderful new greeting to motorists traveling to your beautiful reservation.”

All federally recognized tribal communities in Wisconsin are encouraged to apply for the Bilingual Signage Program. For more information, visit https://wisconsindot.gov/Pages/doing-bus/civil-rights/tribalaffairs/dual-language-signs.aspx.