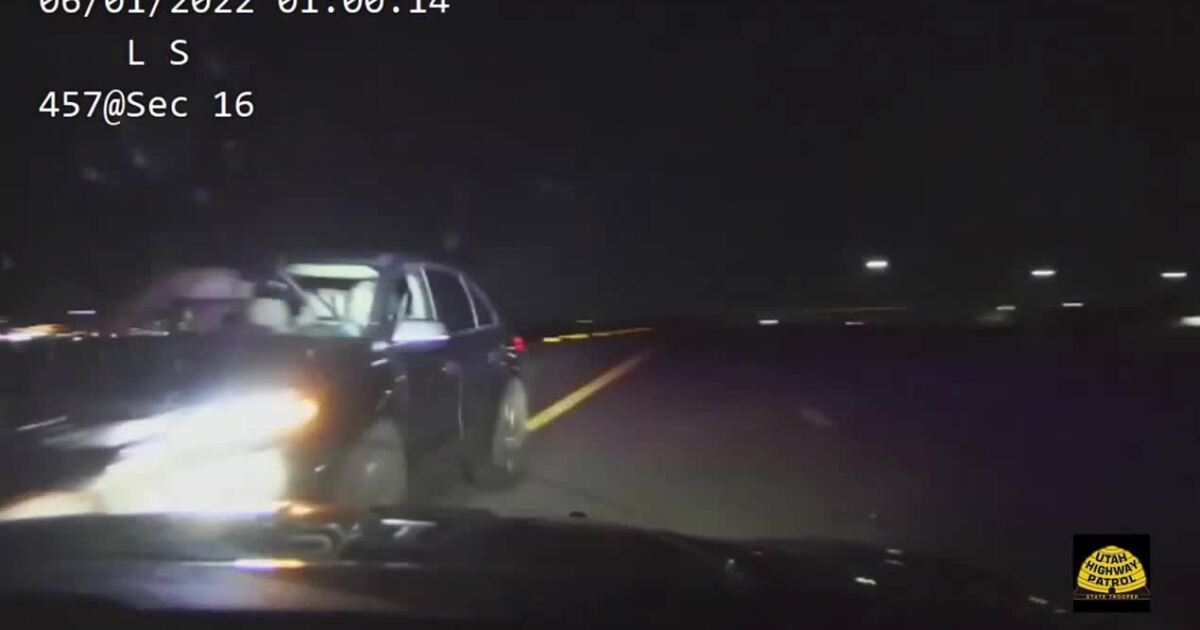 UHP officials said just before 1 a.m. that troops were dispatched to reports that a vehicle was moving north in the southbound lanes of Interstate 215 West.

The driver was reportedly between 3500 South and SR-201 and Cavalier R. Jensen located the vehicle near the Legacy Freeway split on I-215 West.

Private Jensen drove ahead of the vehicle, UHP said, and intercepted it near Center Street in North Salt Lake.

The video showed the soldier using his vehicle to crash the wrong way.

UHP says the driver of the oncoming vehicle was an elderly man in his 60s who mistook his position on the road.

The impact of the intercept threw the other car off the road and into a shallow pond.

Both the elderly man and Cavalier Jensen suffered non-life-threatening injuries in the ensuing crash, but were cleared by medical professionals at the scene.

Governor Spencer Cox took to Twitter on Wednesday night to thank Private Jensen for his “heroism.”

“Had a great call with Cavalier Jensen tonight,” the tweet read. “By putting his own life in danger and intentionally causing an accident, he saved the life of this disoriented elderly driver and an unsuspecting vehicle ahead of him. True heroism.”