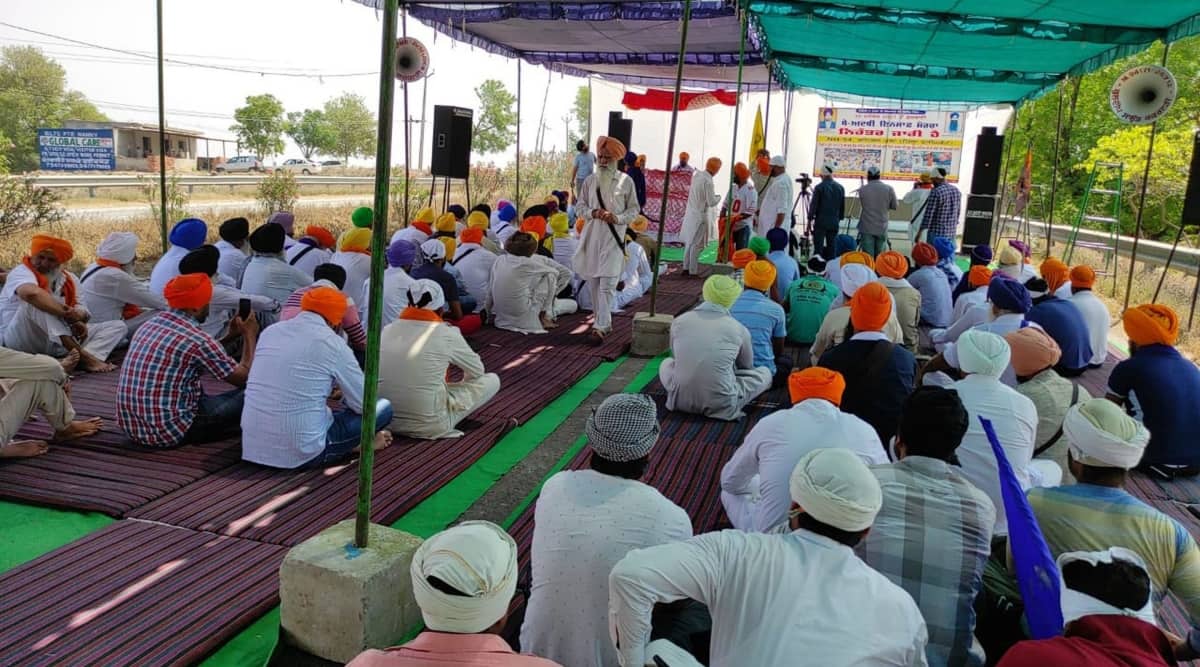 National Road 54 was blocked near the village of Behbal Kalan in Faridkot district, and the dharna continued until this report was filed.

The family of one of the victims of the police shooting had appealed to block the highway indefinitely in protest against the
alleged delay in the administration of justice.

Traffic to Bathinda and Amritsar was diverted at many points, a police official said.

Addressing the crowd, Sidhu said, “The law and order situation is out of whack in the state while Punjab CM is busy doing electoral politics in Himachal Pradesh.
An expedited tribunal is needed for incidents of sacrilege in which a daily hearing is required in order to bring justice to the victims and their families. I raised this issue…I even left the Cabinet seat in the previous Congress government. I fought with former CM Capt Amarinder Singh over the issue”

The incidents related to the theft of a ‘bir’ (copy) of the Guru Ganth Sahib, the posting of handwritten sacrilegious posters and torn pages of the holy book found scattered in Bargari, took place in Faridkot in 2015.

When police fired on those protesting the desecration incidents, two people – Krishan Bhagwan Singh and Gurjit Singh – were killed. The incident took place in Behbal Kalan of Faridkot.

Sukhraj Singh, the son of Krishan Bhagwan Singh, has been staging a protest for over 100 days in Behbal Kalan demanding justice.
He said: “We are blocking the national road for an indefinite period.

Sidhu said AAP Supremo Arvind Kejriwal said action could be taken against incidents of sacrilege within 24 hours, referring to earlier statement by the Delhi Chief Minister.